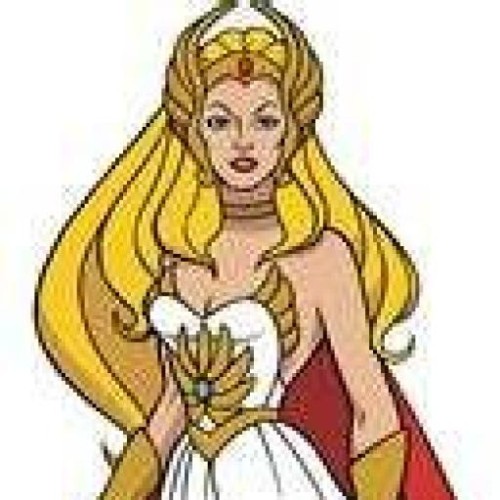 I wish this was a real thing: http://laughingsquid.com/zombie-attack-barbie/

2011-12-22 18:12:52   Thanks CovertProfessor!! I've completely enjoyed reading your comments over the past few years on DavisWiki! I was hooked when I read UCD email etiquette— my thoughts exactly. —ActionFigureBarbie

2011-12-24 04:05:57   personally any world where we can ponder the merits of improvement based upon changing words / syntax and not worry about actual problems (food, health, shelter, the well being of others) is already a better place... That being said the action figure / doll distinction would be a product of the 70's / 80's and marketing or something?? Also the black bratz dolls are cheaper (by about $1.25) than the white ones, and last time I spent more than 30 seconds looking at one of those and specifically looking at the packaging I got really irked at the machine that spawns / maintains / sells them, and they way they go about doing it —StevenDaubert

2011-12-24 09:09:49   StevenDaubert, it was a marketing decision on GI Joe's part, boys would never play with a doll! Words and syntax are incredibly important, how we create webs of meaning has very important implications in how we all live our lives. Have you read anything by Frantz Fanon? You've opened my eyes on Bratz, thanks! —ActionFigureBarbie

go to http://bradfordkern.com/Music.html and listen to the song "affect a change" I guarantee you will enjoy O__O

Hey, despite all the goings on and happenstance don't let it sour you on the wiki! I grew up in Davis and learned a bunch of cool stuff even I didn't know from the wiki. It's an amazing tool for collaborative authorship, if we could all share our experiences somewhere somehow. It's pretty powerful stuff, the wiki itself is just a vehicle or a vessel that we fill and the interactions that occur here could just as easily be a group conversation on any given corner in town...

long story short continue to come with it and don't feel dissuaded by anything/anyone... —StevenDaubert

2011-12-24 14:25:42   SD, thanks :) I really love Davis and would love to live here forever. DavisWiki is an amazing resource and I've been meaning to get involved for some time. I do, however, have a lot of holiday plans that I need to get on with! I keep meaning to peel away from this. If I disappear for a while, it's due to holiday festivities and not sour feelings. (Also, I guess I don't know protocol, should I write this on your user info?) Take it easy! —ActionFigureBarbie

I too have been meaning to peel away from this but it's just so enthralling... Things of this nature occur on the wiki, but it's usually a result of ['Procrastination"] or like this instance, serious policy changing discussion. C'est la vie... Yes, many people take Wiki Chill Pill if not often inadvertently, tis the holiday season. Did you get a chance to listen to that song? Totally worth 90 seconds of your life, and it's from a Davis wiki editor nonetheless! Daubert also I didn't realize how nice Davis was growing up, I figured everyone had something like Covell Greenbelt etc etc

2011-12-25 20:27:00   Welcome to the wiki! Thanks for bringing up issues of gender and editing here. You might be interested in this page from a little while ago: Wiki Community/Women (and it might be worthwhile to move some of the discussion on the Identity page there). —PhilipNeustrom

2011-12-25 22:12:07   PhilipNeustrom, thanks for the welcome, and thanks for informing me of the women's page. At first blush, it seems to me that the issues on identity, of which are greatly imbued with gender, make sense to stay on the identity page. Moving discussion to the women's page might relegate important issues that would be overlooked by those who are most directly implicated. I'll check it out though. —ActionFigureBarbie

2011-12-25 23:34:11   I think the reference to the daviswiki wiki was an attempt at derailing the discussion then by saying that this wiki is not Davis and navel gazing in general is offtopic. I disagree with that though and think the discussion and others on the wiki are legitimate. —NickSchmalenberger

It looks to me like infamous tricker brent laabs is giving grade a snark about someone or something, but then again I just glanced Daubert

2011-12-26 23:03:55   And I am very glad that you spoke up in the first place. It was one of those things that always bothered me, tickling in the back of my mind, but somehow never coalesced enough for me to approach it directly. —CovertProfessor

2011-12-27 00:30:12   you haven't really proven a need to address the identity issue other than it could have a chilling effect, the wiki is already bursting at 10,000+ pages I think it will survive without the people who talk themselves out of participating/interacting in our glorious community (both online and off) for whatever reason. That being said your remarks of I felt bad being told I was breaking the social norms but was going to do so and did so anyways kills my incentive to participate further in the discussion except for vociferously opposing your vendetta

I hope you can find a more productive way to edit the wiki (strictly from an adding content standpoint, it has nothing to do with your ideals or the manner in which you have suggested them)

Also: Click on info and then click links, if you want to rename the importance of using your realname then someone has to replace EVERY incoming link to that specific page —StevenDaubert

I think your calling the editors participating in the discussion at Identity/Talk sexist is unfair and counterproductive to the discussion. While not everyone has education on gender and priviledge (and you're right that everyone would be well-served by taking a Gender Studies class), by calling people who are otherwise engaged in a civil discussion sexist you immediately polarize the discussion and make participants uncomfortable with continuing to participate. —PhilipNeustrom

PhilipNeustrom, where were you when TG told me here that the only sexism he’s seen in that conversation is me apparently hating men?: “Honestly, I've had the same thought as Don several times in this conversation. Everything said by men seems to be ascribed to malicious intent. The only sexism I've seen on this page in the past few days has been on that front. The best writer and oralist (yeah, yeah, crack your jokes)….” His claim about me is patently untrue; I have not ascribed malicious intent to every man here. I’m going to take not a long-term but long-ish break so that things can be more productive. —AFB

I agree with you that you never said anything that would warrant the accusation that you ascribe malicious intent to any men's comments here. It's unfortunate that your mentioning that all the commenters (at the time) were male was taken as a slight, and I agree that some of the comments about that were polarizing as well. I've noticed that it's a pretty common thing when discussing gender with a group of males. For instance, lots of guys, when they first hear about the idea of women-only spaces, think "that's sexist!" But it's really an educational opportunity. But it's really a lot of work to discuss this stuff, and it's easy for things to blow up and people to get frustrated. And I guess I'm just sad that happened here and I'm wondering what we could do to make a productive conversation space on more sensitive topics.

The problem with having discussions about sensitive topics on the wiki is that it's a written form and it's really difficult to ascertain tone or emotion in people's writing. I guess what I'm getting at is: if we're going to discuss this stuff in written form on the wiki then we should assume good faith. If we're going to discuss matters of priviledge and try and really address them then I feel like we need to have the safety to work together in a non-judgemental way. I think what often stops people from talking about race or gender is the fear of saying something stupid and coming off in a negative light. But sometimes, in order to learn, you've gotta say stupid things and then talk about them. —PhilipNeustrom

2011-12-29 10:03:51   Hello, are you ready to discuss the survey that would assess the population in Davis who would love to edit, but can't due to RealName issue? I am asking because I think that topic would fit under a talk page of Wiki Demographics, and I will need either you or CP's input and review of the validity of the content of the survey. —EdgarWai

EdgarWai, thanks, I like your work on the RealNames page a lot. However, I think I need to wait until things cool down to engage on this further. I’ve greatly appreciated your amazing ability to see past all the intensity to the real issues at stake here. —AFB

2011-12-29 13:07:35   Truth is a lot of girls aren't on here because they think the whole concept of getting involved in a community of online strangers is weird, real names or not. The ones that don't see anything involving computers past mouse clicking will either use real names or create anon accounts that do or do not reflect gender status. Those who can't figure out how to even make an account...oy. I hate it and our sex needs to start idolizing Jill Pantozzi and not Kim Kardashian. —OliviaY

Thanks for your comment. I agree, something has to be done to get girls and women more involved in computers. It's a much greater issue that permeates so many facets of society. —AFB

2011-12-29 13:12:44   Thank you ActionFigureBarbie for such a warm compliment! It started out holidays on a great note! :D —TheInconvenientStore

This note made me happy :) AFB