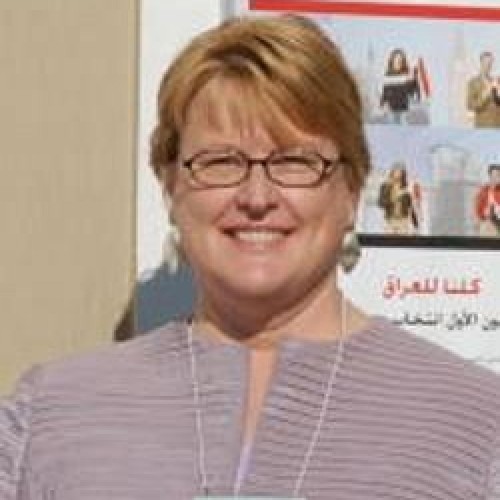 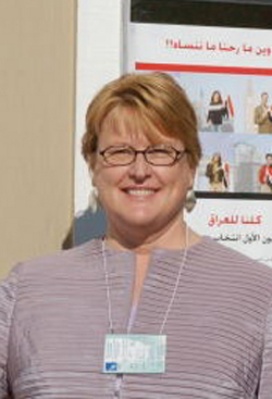 Personality: Freddie has lived in or near Davis since 1975. She has been active in civic affairs and politics for most of that time. She was elected Yolo County Clerk-Recorder in 2002, succeeding Tony Bernhard, who retired after 16 years in that job. Prior to that she was the Chief Deputy Clerk/Recorder. She also did stints as a lobbyist in Sacramento and as Director of Governmental Affairs for the California Public Utilities Commission. She was trained as a scientist at Berkeley and Yale, which is one reason the CPUC wanted her.

Freddie is a bossy, opinionated, passionate person. She has pictures of the Reverend Martin Luther King, Jr., Sister Helen Prejean, Cesar Chavez, Willie Nelson and Billy Joe Shaver on the walls of her office. One of Freddie's opinions is that a lot of people take themselves WAY too seriously.

Freddie loves a good party, but she is not a member of one. Her voter registration is officially nonpartisan.

Freddie has been married to John Oakley, (Distinguished Professor of Law, King Hall School of Law, UCD) since 1969. They have two daughters, Adelie Oakley Barry, who is a stay-at-home mom in Woodland, and Antonia Oakley Hirson, who is a researcher at the MIND Institute at UCD. Freddie & John used to belong to First Baptist Church of Davis, but Freddie withdrew from membership on February 9, 2007. She loves and values her former pastor and her many friends at FBC. Freddie and John are now members of Davis Community Church. Freddie's motto is taken from Texas songwriter Billy Joe Shaver: "May the God of your choice bless you."

2006-12-05 16:44:36   Your chocolate lab rules! I had fun listening to your class on being a pollworker, keep me in mind for working the early voting next year! —StevenDaubert

2007-02-15 15:36:29   Freddie, In the Davis Enterprise today it was reported that you withdrew your membership to try to avoid embarrassing your pastor and he states that you are welcome at the church. There is most likely more to this story and it seems very personal so there is no need to clarify. But my thoughts are with you at this turn in your life. Certainly God does bless you. —SharlaDaly

2008-07-30 17:11:14   I saw the Sacramento Bee's video of you officiating the first gay marriages in Yolo county (and telling the local conservative crazies to get lost). I just wanted to say that that officially makes you the coolest elected official in Yolo county. —SMCareBare