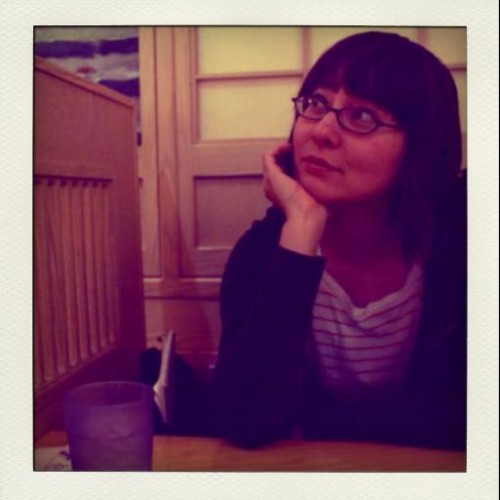 I'm Hannah. I like things. I also wrote/drew the comic "Gum on Asphalt" for the California Aggie during the 2003/04 and 2004/05 school years. People liked it and they didn't. Sometimes I even forget that I ever did it.

I graduated with a B.A. in art studio and now work in something mostly unrelated.

2007-09-19 22:33:20   Hannah is the prettiest fair lady in all the land. If she were stuck in the tower of a treacherous castle, I would battle TEN dragons to save her. Just ten though. Any more than that and I gotta draw the line somewhere... —AmandaTurnage

2009-01-30 21:21:13   Hey Hanna, are you still a conversation partner? I've got a friend working around here who's looking for a one on one conversation partner. Would you or one of your friends be interested. Hopefully someone who's not a japanophile. —CarlosBarahona