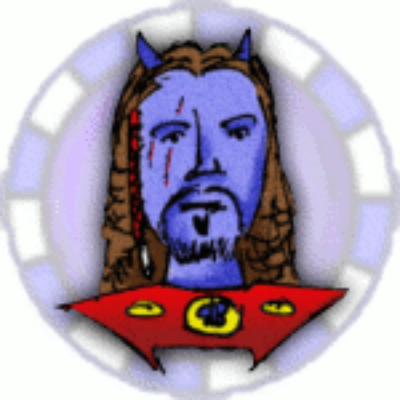 An image of one of his LARP characters Minor interesting facts: 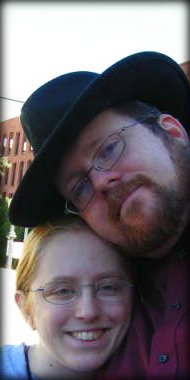 Often plays around with stuff (like the Wiki!) to break it. Then drinks more iced coffee in triumph. THEN fixes it. — tar zxf

Now you can purchase your own jabberwokky at amazon.com!

As of 2011, I'm playing Lord of Ultima (a long term strategy game stretching many months): I'm on World 21, continents 40, 41 and 42. On c41, my cities are named after Northern California cities. Oakland and Alameda are heavy ports, the latter full of warships, WestSacto and Sacramento are gold cities, while one of the major forces I have are the Paladins of Esparto. I really like the phrase "the Paladins of Esparto". After about nine months of play, my alliance (The Silent Force) and I managed to become Lord of Ultima for world 21.