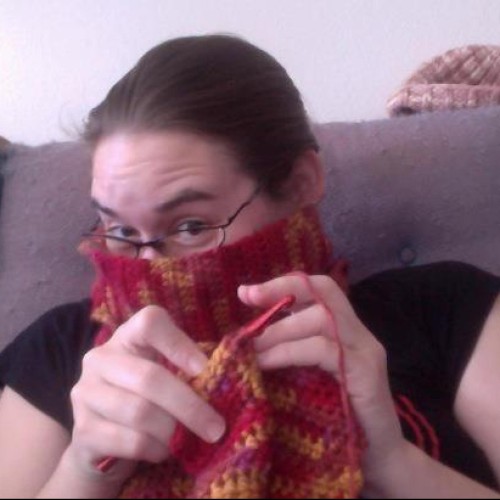 Julie Setele is a PhD student in the sociology department at UCD. She's pissed off about the state of the world and wants to see some change. Towards that end, she has gotten involved in the workers' rights protests called by Students Organizing for Change and she encourages you to get off your ass as well.

Her UCD website is here: http://sociology.ucdavis.edu/people/jasetele. When possible, she teaches Sociology classes at UC Davis and San Quentin State Prison.

2007-06-12 18:33:07   The Luau @ Larry's protest sounds like it is in REALLY poor taste. Events like that do much more damage to your cause than you can possibly imagine. In the end I'm sure you are generating more opposition among people who otherwise would have let this run its course. You won't see them on the street protesting against you, but they will be making phone calls, writing letters and having lunch with decision makers. —JasonAller

2007-06-13 01:33:25   so it's "poor taste" to let the party guests know that the workers serving them food aren't being treated fairly by the university? and that their very host is the one person actually able to rectify the situation? i disagree — raising the awareness of people in attendance at such an event spreads the message of this campaign. of course everyone won't agree; we're not trying to change every single person's mind. we're just trying to achieve affordable healthcare, union representation, and higher wages for these people who work AT the university and yet are kept OUT of the university community. to do that, we need to change larry's mind. and embarassing him at his home is one means to that end. —JulieSetele

I don't believe he is disagreeing with your message, merely finding that your mannerisms lack social grace and etiquette. Though it may spread your message, do you have the right to be so disrespectful to this man? I dunno, it just seems a bit poor taste, I mean on the same level of poor taste as the rot the DCs serve daily. ~DavePoole

2007-06-13 18:13:09   i have no desire to be graceful. haven't y'all ever heard the line "well-behaved women seldom make history"?? i want to stir shit up - it's only by bucking the status quo that change ever happens. by contrast, "let[ting] this run its course," as jason suggests, supports the current power structure. Larry Vanderhoef makes well over $300,000 a year (or $144 per hour) while the people serving the food at his party receive poverty wages and "health" care plans that are completely unaffordable. THAT is in poor taste! and the guests at Larry's party, as well as the family and friends of graduating seniors visiting Davis this week, deserve to know about this injustice that is occurring right beneath their noses.

that said, shouldn't this discussion be on the Students Organizing for Change site since it's under their purview that i posted the luau information? —JulieSetele

are you going to do anything on March 19th? I'm going to SF. I tallied the number of deaths per day for the last 5 years (although we've been bombing Iraq for 19 years) and it comes out to almost 500 per day. that really really sucks. some of my political art is here. feel free to use any of the images for anything... —PxlAted