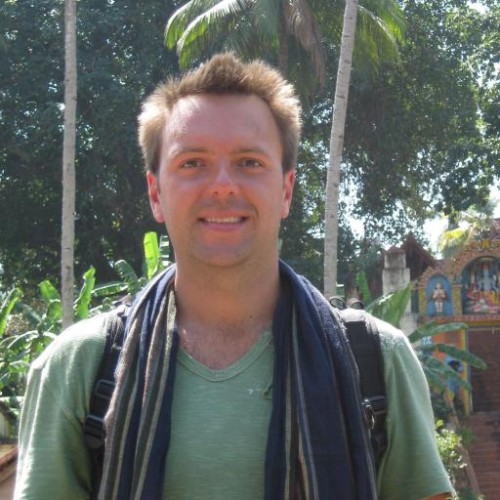 From 2011 to 2015, he was the CEO of the Davis Chamber of Commerce. Prior to that position, Kemble worked as a consultant that advised a variety of private companies, elected officials and non-profits on a wide range of business strategy, communications and civic engagement solutions. Friends and family say that he has an overdeveloped Civic Duty Organ:

A favorite quote: “We cannot live only for ourselves. A thousand fibers connect us with our fellow men” – Herman Melville

Favorite DavisWiki page - Keep Davis Boring - now that is some finely honed sarcasm... or is it?

"I'm not sure where you get the idea that curse words are okay for adults. Outside of 17 to 24 year olds, if somebody is using curse words in normal conversation (i.e., not having just been dumped, sued, drunk off their ass, etc), they are simply uncouth, and it tends to be an indicator of other, less savory aspects of their personality or simply poor manners. I like the way NPR handles it (note that NPR, not being commercial, could use any words they like on-air): they do not allow swearing in their stories unless they are newsworthy quotes, and then they prefer not to censor anything, playing the sound clip or reading the quote directly. Thus, they were the only source for the whole Tyson "I'm gonna f- you in the ass, you f-ing n-" clip. That format would make sense for the wiki.

Personally, I avoid people who swear casually in public. I also avoid people who slap me on the arm, who belch loudly after eating in a nice restaurant, who pick their teeth in public with their thumbnail, who pick their nose in public... i.e., people who don't know how to behave in a civilized manner. That said, I like art (poetry, movies and books) that use all those things, as they are being used to convey aspects of society or desperation that aren't civilized. There's no contradiction; I like reading Exquisite Corpse, but I don't want to hang around serial killers who rape and eat dead bodies. During a performance of Rocky Horror, I yell more curse words than some people hear in a lifetime and make horribly raunchy jokes. But when the show ends, and the cast goes to a diner, I am with friends rather than characters and I don't swear at all.

Fundamentally, it is an issue of "time and place". An entry in the wiki about bad service in a restaurant shouldn't have cursing, IMO. If a Mayor Pro Tem made a comment in public about "The f-ing bad job the police are doing", I think it should be quoted word for word, no censorship. The Wiki isn't a work of art; it is a work of reference. — JabberWokky" —KemblePope

2010-02-12 12:50:20   Hey, I noticed your edit comment "quick fix to comply with new template". Keep in mind that templates are suggestions and collections of good ideas, not a 'standard' that entries have to "comply" to. They help make entries more useful by presenting the information in an easy to grasp and flexible layout, and are not a requirement that forces everything to slavishly follow a fixed format. If there were fixed fields and records, it would be much easier to simply do everything in a database. A wiki gives freedom to craft each entry in whatever way works best for the subject at hand. Templates are great tools, but they aren't mandates... they are merely one good idea for a layout. —JabberWokky

2010-02-12 14:21:10   Hey, if you really like 'em use 'em. I just don't want you to feel constrained by them. Sometimes people see repeated examples and think "okay, this is how it is done". Pretty much anything common on the wiki is only common because somebody early on just started doing it that way. It's easy to see it as fluid when you watched it all appear from nothing, and it's easy to fall into a trap of "this is the one true way to do this" when you see it done that way over and over on the wiki. I only mention it to you because you took such an interest in the templates and reworking layouts. —JabberWokky

2010-05-24 18:29:32   To all of my fellow Wiki Editors - If you'd like to change the content of this page that describes my love affair with Davis, how about leaving a comment or emailing me first? I write for a living, so I'd prefer that this page reflects my style. Each word has been chosen carefully e.g. "subscribes" is better than "consumes" because I want to subtly point out that all three of these wonderful services actually deliver to my door and send me an invoice. —KemblePope

2011-10-14 12:01:49   I don't really see anything egregiously wrong with Anderson Place Apartments either. Seems to highlight the benefits and flaws nicely. —JabberWokky

2011-10-14 14:08:12   Regarding the Anderson Courts page, awwwful lot of editorializing going on in there too. "park-like setting...fantastic location...HUGE walk-in closets." It really reads like a commercial, not to mention the part down at the bottom that does, in fact, list prices. —JoePomidor

2012-04-02 15:31:16   Hi Kemble, It's Kate Martin, now Kate Bosworth... friend of Aimee and Ric, Cameron, etc. here in Sac. I hope you've been well! I would like to invite you to an event we are organizing, but I don't think I have your current email address. Mine is [email protected], drop me a line, hope you are well! -Kate —KateMartinBosworth

2012-05-14 07:23:08   You can create an entry for ChamberPAC by clicking on that underlined word. If there's enough information to stand alone, it should probably have a distinct entry. —JabberWokky

2012-05-14 10:33:08   How is it not a conflict of interest that you helped in Souza's 2008 campaign? Also, what do you think the purpose of the municipal ordinance to limit campaign contributions is? What makes it ethically okay for your PAC to override the intent of that law? I find it disappointing when I see the Yost contribution of $1000. Are we in the community really supposed to believe that Yost is contributing that much primarily for Measure D, since a normal interpretation of the law should limit their contribution to $100 for candidate support? This has nothing to do with people like Souza trying to fast-track the water project, right? If it's not a good old boys club, then please tell us the voting results of the PAC members in their decision of who to support for candidacy. Did all 5 PAC members unanimously decide on the same 3 candidates, or was there any dissent, as one would generally expect in such decisions? Also, what is Alyce LLC, and why is there almost no information of them online, and yet they donated $1000. Is this mysterious Alyce LLC as much in love with public parks as Yost clearly is? —ScottMeehleib

2012-05-14 11:09:18   You asked me why I deleted the PAC's reasoning for picking its candidates. That is a fair question. Looking back, there were a few things that I should have kept. The fact of the matter is that it's much easier for all the other editors if you make small incremental edits instead of one giant edit that both adds and deletes a bunch of substantial content in one shot. Since I disagreed with a lot of your massive changes to the page, I was forced to go back and cherry-pick the parts that seemed worthy of inclusion. Inevitably, I missed some of the reasonable info and opinions you originally supplied simply because there was so much to wade through. You gave a couple concrete reasons for why the candidates were chosen, but they were given in the midst of a lot of generic political ideals that could be applied to literally ANY of the candidates, including the ones your PAC doesn't support. If you truly strive to be transparent, I recommend giving more concrete reasoning. I also recommend moving away from generic banalities that read like propaganda, because they will only fuel further suspicion and probably continue to be reverted by myself and/or other editors as self-promoting (advertisey) fluff. —ScottMeehleib

So Kemble Pope supports Steve Souza? Have I got that right? —GeorgeSantayana

2012-05-21 19:16:54   "You should all be ashamed to allow this type of treatment of anyone who takes the time to help give more information with this community resource that NOBODY OWNS... not you Don Shor..." I have no idea why you singled me out, first on your list, Kemble. I have intentionally stayed out of the discussion there. I have made zero edits to the ChamberPAC page, and a total of three edits to the Chamber page over the course of five years. —DonShor

2012-05-21 20:40:49   I do appreciate your attempts at answers, although they were only half-satisfactory, IMO. But perhaps that's just due to the limitation of the medium. I will give you the benefit of the doubt in this case. May you find peace in this short life and the root of all happiness. You are in my prayers, dear Kemble. —ScottMeehleib

2012-06-12 17:36:08   Again, if you say it is inaccurate, then what is the accurate count? I would be interested in your count, and then DS can say how he did his. If you are disagreeing over what counts as a retailer, then showing how you did your counts would be revealing and informative.

Who the Chamber represents... exactly. Part of that is who are its members. If it disproportionately has certain types of members, then there is a reason for that, and it is information about the Chamber that some — including me — care about. Retailers tend to be the businesses that many of us have the most personal relationships with and care the most about. I think DS is right when he says that people tend to think that Chambers are made up of retailers. It is not irrelevant. List proportions of different types of members if you like, and explain what which businesses you consider to be of which type.

It very much looks like you are trying to delete information that you think reflects badly on the Chamber. I am tired of you trying to whitewash the page.

I am describing the behavior I see. It looks like whitewashing to me. I am describing my feelings about the Chamber. They are (now) negative. I assume that I am not alone in my reactions. I could, of course, be wrong about that. I have never claimed to take a survey.

I have said where I got my data from. I got it from DS. He has provided an elaboration of his data. I have also invited you to provide alternate data to support your claim that DS's is wrong. What is the problem? Of course, any data will be a snapshot — thus, I put a date on the data that I cited. It does not need to be updated monthly.

I am not trying to intimidate you. I am trying to get you to stop whitewashing the page by deleting things, and to encourage you to add data rather than delete. You carped at me for deleting just a few days ago. Remember? —CovertProfessor

2013-10-13 11:59:32   What kind of pooches? —StevenDaubert  The new one is 1/2 lab & 1/4 Aussie + 1/4 Spaniel, SPCA rescue at 10 weeks old, five months old now and his big bro is some kind of Greater Swiss Mountain dog mutt (also a rescue). - —KemblePope Oh nice did big bro come with a mini barrel of scotch around the neck for saving people in wintertime? Good call on the rescue they make fantastic pets