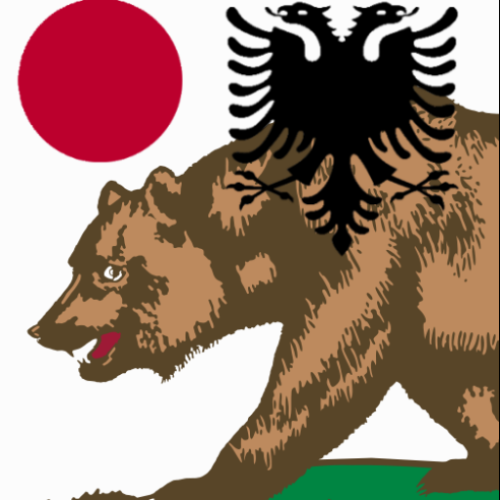 I graduated from UCD in June 2004 with a major in Linguistics and minor in Ancient Greek. I taught English for the Peace Corps in the town of Peshkopi, Albania from 2007 to 2009. I'm half Japanese and half miscellaneous western European-American. I miss campus Roma. I love the beer brewed at Sudwerk, especially their Doppel Bock. I think Choice Voting is a terrific idea.

You can reach me by email at hajenso AT gee-mayle DOT com.

I now live in Concord in the East Bay and spend all my time outside my day job on local bike advocacy.  Davis is a fond memory and a reminder of what's possible.

2004-12-14 20:40:28   Sorry not exactly an expert on religion, atheist here : ). But I know that there are some Christian groups on campus that do no affliate with any particular sect which is what I was referring to - JamesDawe

2004-12-14 20:44:43   No worries, I know what you mean. But those sects do espouse uniquely Protestant ideas. I'm pretty much an atheist myself, but I grew up in the Evangelical culture and that's the culture that those groups belong to. - KenjiYamada

2004-12-14 20:51:21   Hmm so General Evangelical = nondenominal Protestant, got you. One question tho, why is First Year Baptist considered this and not Baptist? They don't exclude other sects? - JamesDawe

2005-08-15 21:11:52   Hey Kenji, do you remember the names of the DCR members that came to that Thought Club meeting? BTW, hope my Hobbit segment satisfied your inquiry. —KarlMogel

2005-09-24 16:37:05   good luck with the peace corps. one of my coworkers just finished up doing it, he said he really loved it and that it was a perfect way to spend time in his post-college pre-career life. —RobertHester

2005-10-21 16:23:01   Kenji, Funny question last night about the brain-battle. Actually, you could try calling This Week in Science and asking the same question of Kirsten - I would be interested to hear her answer... Maybe I could respond to what she says on my show... and it could escalate back and forth? :) —KarlMogel

2005-12-02 19:49:42   Re: GVCC Experiences comment: I'm aware of that. The quote is meant to speak for itself (although i'm also aware they might not agree with it) and the name is purely for the purpose of giving proper credit. You may wish to delete that comment and put it on my page where i think it belongs. —AlexanderWoo

2006-02-18 11:55:56   Yeah, sorry for not discussing it. I'll leave it as it is, but I really don't think it is a good naming trend. Not just for the reason that Arlen points out but because of the stigma that can be carried by an epithet. I mean in this case I may be biased because it happens to be a store I shop at, but do you really want to set a precedent like this for naming redirects based on "intuitive" epithets? What happens when apollostumpy grabs ahold of that idea? And I think if anything "comic shop" or "game shop" would be more appropriate redirects, but these titles are not exclusive to BW in Davis, and the search function is adequate for finding these pages based on content. Again, sorry for deleting your work, but it just seemed like a ridiculous and potentially hostile/mean thing to do (although you could have meant it affectionately). —RyanPrendiville

2006-02-19 15:06:12   Yeah, I went ahead and junked it. There is however a potential for a larger "nerds" page on the wiki, listing what nerds are, what they like to do, where they can do it, ect. That way you could link to stores that offer nerdy things without directly labeling and limiting them in the fashion of a redirect. Just an idea, thanks. —RyanPrendiville

2006-09-25 15:29:20   Let me know how that one turns out. I read that as an alternate history book it was good, but that also the short amount of time spent at each point in time left te reader wanting more. —KarlMogel

2007-07-21 20:29:32   Thanks for your comment on the GVCC page, Kenji. Hey, I studies linguistics and worked with the Summer Institute of Linguistics in Colombia and Papua New Guinea. Wow! Albania—that's amazing! Were you there when President Bush visited? —RichLindvall

2007-07-27 20:26:11   I took a short course that covered the basic aspects of phonetics, phonology, and grammatical analysis as well as a smattering of Bible Translation principles. It intrigued me! So I went back for more! Ended up doing government relations in Colombia for a short time and then Community Development in Papua New Guinea. Albania was always something like North Korea to me. Have things become pretty westernized since they "opened their doors"? —RichLindvall

2007-09-08 08:04:18   Hi, Kenji. Thanks for your message. We just had a 3-day homestay student from Uzbekistan. Yikes! Their country was very pro-US until recently, now it's done an about face towards Russia. Amazing how things change. I suppose your situation could change the same way. Hope you have a great weekend! —RichLindvall