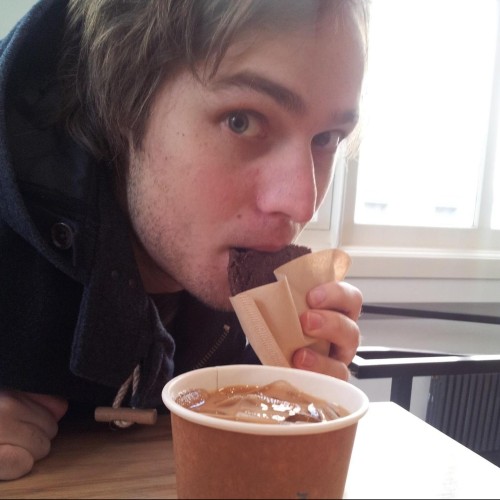 William Binns-Smith is a first year undergraduate student at UC Davis. He is currently of the undeclared major, but is completing the coursework towards earning a degree in Computer Science. He is working on completing major prerequisites and GE’s this quarter (Psychology 1, Math 21C, Physics 9A, and a "Writing for the Wiki" Freshman Seminar) and will resume taking courses from the CS department during the summer.

He currently lives in the Sereno Hall building of Segundo's Regan residence hall area, and he is frequently irritated by tour guides pronouncing the name of area as the last name of a certain right-wing former president. He will be living in North Davis beginning September 2008.

Since arriving in Davis, Will has enjoyed the city immensely. He is still amazed by the quiet and calm atmosphere of the town (much of this in contrast to his hometown in the Bay Area) and has delighted in many of the downtown eateries from Crepeville to Yogurt Shack.

One of his heroes, at least in a musical sense, is Stan Getz. As a tenor sax player, Will greatly appreciates Getz's awe-inducing tone and perfected technique and looks to him as an idol.

In terms of his presence on the web, you can check out the stories he's interested in on digg or reddit, or you can take a look at his profile on Facebook here (if you're in the UC Davis network).

Will would like to contribute to DavisWiki through further editing existing articles and adding articles on topics or places he considers relevant to the wiki. He will perhaps add comments to courses he has taken to assist others in their future class choices.