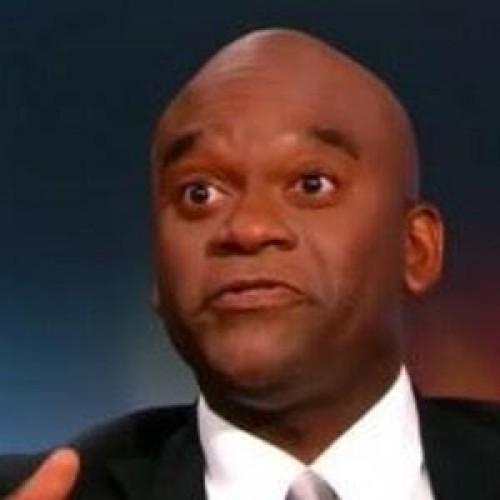 I am Zenophon "Zennie" Abraham, and serve as both Chairman and CEO of Sports Business Simulations (SBS) and Executive Producer / CEO of Zennie62Media.net, Inc. with the blogs Oakland News Now, Zennie62.com Oakland News Online , Oakland Focus, and the companion YouTube channel Zennie62 On YouTube. I am also at @Zennie62 On Twitter and @Zennie62 On Tout.  I am also on the Advisory Board of Vidoco.com.

I am a YouTube and Tout Partner, as well as one of the first iReporters on CNN here: Zennie62 on CNN iReport even before it was purchased by CNN.

In my political life, I worked as Economic Advisor To Elihu Harris, The Mayor Of Oakland between 1995 and 1999. From 1999 to 2001, I headed the Oakland Super Bowl XXXIV Bidding Committee while Jerry Brown was Mayor. We lost to Jacksonville for the right to host the 2005 Super Bowl. I also served as intern in the Dallas Office of The Late Sen. Lloyd Bentson, and as intern in the Dallas and Ft. Worth Planning Depts, from 1983 to 1985. As you can tell, I'm a life-long Democrat.

In my personal life, I'm an only-child, single, not been married as of this writing, and fly between Oakland and Atlanta, where my Mom, a breast-cancer survivor, has lived since 2002. In 2005, I lost my biological and my stepfather to prostate cancer - than was also the year my Mother had breast cancer. Thanks to the work of doctors with Kaiser, and an early state drug called Femara, she was declared cancer-free on 5-17-2005, and has been since then.

Additionally, I'm a Trekker, and have been since the age of 13. I'm proud to say I've worked Star Trek Conventions going back to the 1970s, and interviewed many of the cast members, including William Shatner.

My 50th Birthday playlist says it all:

I make my own websites and blogs on a regular basis. I'm a System Dynamics Modeling, and Social Media expert and game developer who knows several programming languages.

My eclectic background and skill-set has caused me to run this life path: trained in Urban Planning and Economics, but now an internationally-recognized blogger and video-blogger, media entrepreneur, pundit, and expert in vlogging, blogging, online PR, and social media.

The main business objectives are as of this writing securing video and blog talent, and investors and sponsors for Zennie62Media - the video / blog which has over 76 million views , and securing investors for several startup initiatives.

SBS, created in 2003, makes online simulations of the business of sports organizations for use in the classroom. It consists of three online games I created: the Oakland Baseball Simworld and the XFL Simworld. All games are designed for use as part of an online classroom or for traditional courses in business, marketing, and sport management. SBS is used in several colleges and high schools in America.

Zennie62.com consists of a 98-blog network (mostly consisting of the same content annoyingly cross-posted to numerous sites and Twitter feeds) and features the YouTube channel at http://www.youtube.com/zennie62. Zennie62.com also the basis for of a television show "The Blog Report with Zennie62" on The CoLoursTV Network at DISH 9407, and also the "Atlanta Vidblogger" show on Comcast Atlanta. My specialty is video-blogging, without a script, on any topic covering pop-culture, politics, news, sports, and tech.

Zennie62.com covers pop-culture, politics, news, sports, and tech, including The Night Of 100 Stars Oscar Party, WonderCon, The NFL Draft, and Comic Con. The objective here is to grow Zennie62Media into a content-provider media company.