Built during the reign of Charlemagne, the Aachener Dom is by far the oldest cathedral in Germany and also Germany's first UNESCO World Heritage site. 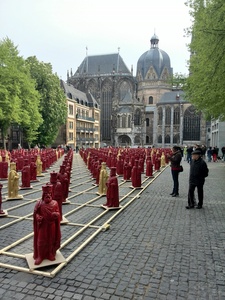 Exhibition of statues of Charlemagne, Aachener Dom in the background

Entrance to the cathedral is free, but you can make donations for reparations at the entrance. 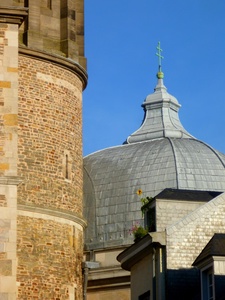 The tower next to the main entrance 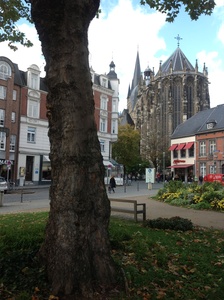 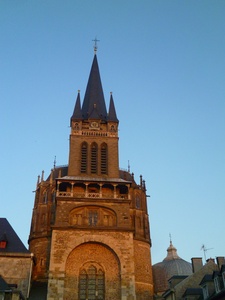 The front of the building (main entrance) 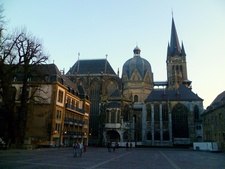