This property was originally constructed in 1870 by Carl Borchers as a blacksmith shop where he shoed horses and made and repaired farm implements. 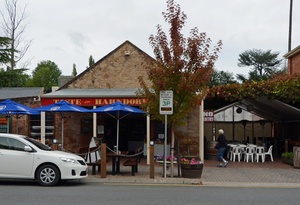 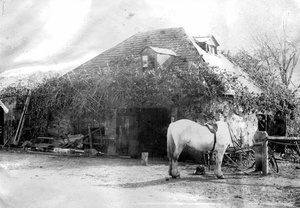 Is this Borcher's Blacksmith shop or some other location?

Carl August Friedrich Borchers (1811-1899) arrived in South Australia in March 1849 with his wife and five children aboard the ‘George Washington’.  He was was employed by blacksmith’s Starick and Wiese until in 1870 he built his own blacksmith shop on this site adjacent to the then ‘Union Hotel’ where he maintained a flourishing business. 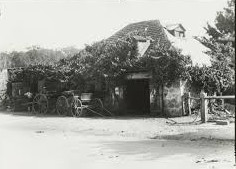 As above, is this Borcher's Blacksmith?After Carl Borchers died, the blacksmith shop was sold in 1900 to August Haebich who carried on the business until he sold the property to Hermann Paech in 1920.

In 1972 the ‘Union Hotel’ acquired a new name, ‘The Hahndorf Inn’, at which time the owner Edmund Paech carried out major renovations.  This resulted in Borchers blacksmith shop becoming a bottleshop.

Apart from a blacksmith shop and a bottleshop, the building has subsequently been leased for various retail purposes including 'Taste in Hahndorf' until it was converted in December 2015 into the ‘Arcobrau Brauhaus’ as part of The Hahndorf Inn complex. 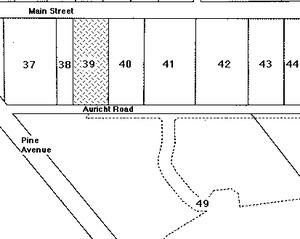