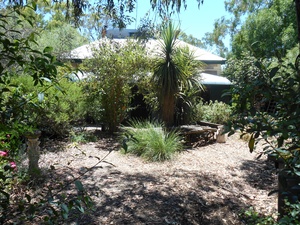 Soon after Carl Faehrmann's son Friedrich married Mary Jane Jones in 1897, Friedrich demolished the simple home built by the first owner of this site, Christian Schubert, and built this stone cottage in a style popular at the time.

[From 'A Picturebook of Hahndorf' by Anni Luur Fox] - 'FAEHRMANN'S HOUSE, 108 Main Street.  This land was originally allotted to C. Schubert, a day labourer from Mostchen in 1839.  At the time of Nicholas Friedrich Carl Faehrmann's marriage to Mary Jane Jones in 1897, the old cottage near the road was replaced by the present house.  Carl was a blacksmith.  He died in 1906 when acetylene gas exploded in his smithy near the house.' 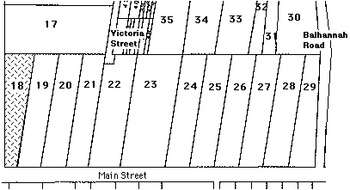