Welcome to the Adelaide Hills LocalWiki!

A website about Adelaide Hills that anyone can edit

Welcome to the LocalWiki website for the Adelaide Hills Region in the State of South Australia, Australia.

LocalWiki is a grassroots effort to collect, share and open the world’s local knowledge.  We want anyone, anywhere to be able to learn about where they live — their local government, the history of their neighbourhoods, streets, social movements, noteworthy local figures, social services, schools – every facet of life in their community.  And we believe that this vast collection of local knowledge should be created by the people who know it best - individual community members working together.

There are currently a number of Australian cities, towns and regions connected to the LocalWiki hub plus several thousands of major cities and similar locations connected world-wide.  Since the official release of the LocalWiki program in late January 2015, the coverage of LocalWiki has increased at a considerable rate, and there is no doubt that it will continue to do so.

The Adelaide Hills Region includes the Mount Lofty Ranges east of the capital city Adelaide and encompasses the two Local Government areas of the  Adelaide Hills Council and the Mount Barker District Council.  The Region borders suburban Adelaide and is readily accessible from Adelaide’s city centre via the South Eastern Freeway and through the Heysen Tunnels.  The Region stretches from the Barossa Valley in the north to Kuitpo Forest in the south and contains many medium to small townships and localities each with their own character and history, with the major centres being Mount Barker and Stirling.  The landscape ranges from sharp escapments in the west to gently undulating hills in the eastern part of the Region.  The Adelaide Hills Region had an estimated residential population of 70,730 in 2012 and has an approximate total land area of 138,964 hectares (1,390 Km2). 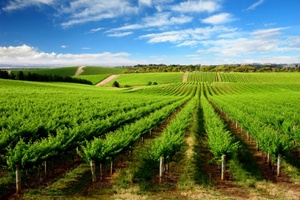 Vineyard in Adelaide HillsAdelaide Hills was amongst the very first regions of South Australia to be occupied by European settlers soon after the founding of the Colony in 1836, and offers a lifestyle that embraces both rural and cosmopolitan features of Australian culture.  The diverse settlement of the Adelaide Hills includes residential living, agricultural pursuits, a business environment, and a thriving tourism industry.

Adelaide Hills is also an internationally recognised wine region which produces exquisite wines shaped by the coolness of altitude, the changing seasons, and the skill and passion of the winemakers. There are about 100 vineyards and growers and 60 cellar doors within the region ranging from major producers to small boutique wineries.

In recognition of the uniqueness of the Adelaide Hills region, both the Adelaide Hills Council and the Mount Barker District Council have joined with the Barossa and McLaren Vale Councils to put forward a bid for UNESCO World Heritage listing of the Mt Lofty Ranges as a working agricultural region. 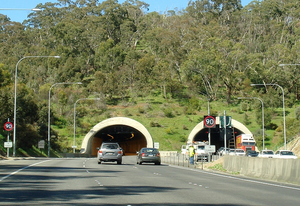 Heysen TunnelsThe Adelaide Hills LocalWiki is a free openly-editable interconnected community resource documenting, exploring and discussing anything and everything concerning the Adelaide Hills region.  It is available for use by all organisations, clubs, businesses and personal use by residents for any reasonable purpose to share resources and local knowledge about the Adelaide Hills and the people and places in it.

If there are any specific or general subject matter/s concerning the Adelaide Hills which you feel are important and worthy of bringing to the attention of the Community, why not create a page containing relevant details and any background information on the matter.  If you wish to record historical and heritage information, details of organisations and businesses, or any other information, please do so.  There are virtually no restrictions on what can be added to the Adelaide Hills LocalWiki, however, when doing so please ensure that it conforms with the general requirements as stated in the Community Guidelines.

The Adelaide Hills LocalWiki is not intended to replace the many excellent existing websites about the region, but can be utilised as a central reference point by providing appropriate links to such information.

Please note that the Adelaide Hills LocalWiki supersedes both the previous HahnWiki and BarkerWiki community websites which are no longer supported and have been terminated.

The Adelaide Hills Region includes the following townships and localities.  Those hi-lighted in underlined blue provide a direct link to the Main Page for the respective township within the Region.  A broken blue underline indicates that the link exists but the page has not yet been created.

Currently, a considerable number of pages exist for the townships of Hahndorf and Mount Barker - most other towns and localities have only minimal information at present and await further input.

Please add additional information about these towns and/or complete the links to the other towns and localities as information is added. 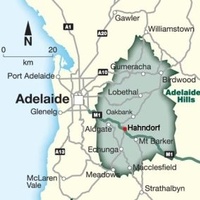 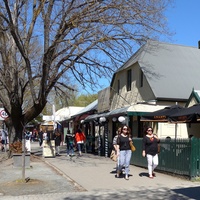 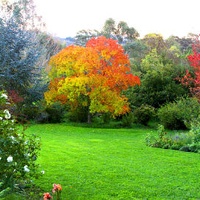 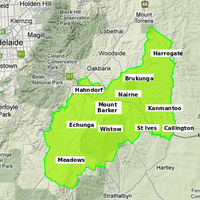 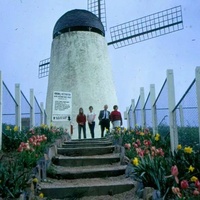