Welcome to the historic township of Hahndorf - Located 28 kilometres south-east from Adelaide, the capital city of South Australia, Australia, it is only a pleasant 30 minutes or so drive from Adelaide via the South-Eastern Freeway (M1) and the 'Heysen Tunnels'.

Hahndorf was established in 1839 by Germanic immigrants fleeing religious persecution and is a small vibrant town with a village type atmosphere.  It is located 337m above sea level, has an average annual rainfall of 990 mm, and is located at latitude:  -35.0297 and longitude: 138.8104.  Hahndorf has a resident population of about 3000 (including its surrounding hinterland).  The total land area is 2859 hectares (29 sq Km). 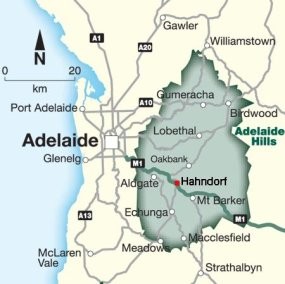 Hahndorf, being the oldest surviving Germanic settlement in Australia and situated in the picturesque Adelaide Hills, is renowned as a premier tourist location.  Tourism is the major industry of the town.

Since its early settlement, Hahndorf has grown and today is still growing.  It is no longer a Germanic settlement, but a multi-cultural community.  Shady century old trees line the main street, walking down one side and up the other, one passes a kaleidoscope of shops, eating houses and attractions.

There is evidence of the early days throughout Hahndorf as displayed by many of the original buildings still standing and descendants of the early pioneers who have continued to live here.  There is a strong endeavour by most of the Hahndorf community to restore what can be restored of the old and to blend in the new with the old, so that Hahndorf can maintain its charm, character and atmosphere.  This is getting more difficult over time. 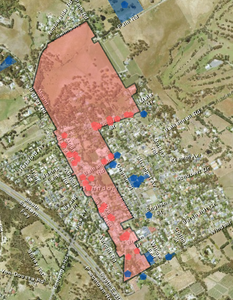 Hahndorf was settled two years after South Australia was proclaimed a British Province, and declared a State Heritage area on 26th August 1988.

Extract from 'Hahndorf Conservation Policy' 1991, p9 - Hahndorf State Heritage Area acknowledges the status of Hahndorf as the oldest (1839) surviving German settlement in Australia.  It is one of the few Australian towns with a significant number of buildings which reflect a distinctive German character.  'The township of Hahndorf lies within a gentle and undulating landscape, drained by a network of five creeks, the confluence of which is at the main approaches to the township are through open rural landscapes into the very long Main Street with its large two storey landmark buildings and the open spaces of unbuilt-upon allotments and building setbacks, unified by an avenue of mature trees.  Its layout is unique in Australia, for unlike Klemzig's (1838) Strassendorf form and Bethany's (1842) Hufendorf layout, Hahndorf is a combination of both archetypes.  It is the oldest surviving German settlement in Australia (Klemzig was the first) and as such presents important facets of the pioneer German way of life.  Its historic character, centered upon Main Street and Victoria Street, arises from its unique plan form and is strengthened by the many surviving 19th century buildings constructed originally in German and then through generations of assimilation, Australian styles, the rhythm of its buildings and open spaces, small rural scale and avenue of trees'.

Some specific lists of Hahndorf pages available in the Adelaide Hills LocalWiki include: 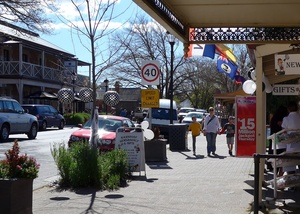 Lists of links to Adelaide Hills pages, which contain Hahndorf information of possible interest, include:

What's So Special About Hahndorf? 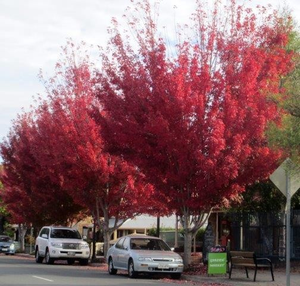 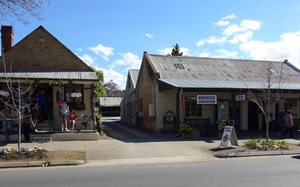