Mr Bull in his young days was a smart, active man, full of fire and energy, but fortune seldom smiled upon his undertakings. -  (Mt Barker Courier 24 September 1886)

Extract from The Advertiser 22 September 1886

Lifelong proud of his birthright as a man of Kent, JW Bull was born at Saint Paul’s Cray, a small farming community beside the River Cray in the county of Kent, England, on 23 June 1804.  Only some twenty kilometres from the centre of London, the district is now well and truly included in that city’s modern urban sprawl.  Although the son of an Anglican clergyman, JW Bull decided early that his own life work lay in the soil.  After some years as a dairy farmer in Cheshire and as farmer and shepherd in Bedfordshire, Bull made successful application for a free passage to South Australia with his wife and two young sons aboard the Canton, which arrived at Port Adelaide in May 1838.  The province had been in existence for only two years. 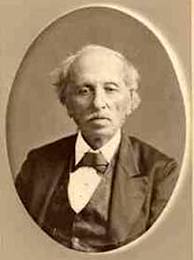 John Wrathall BullQuickly, JW Bull established himself in Halifax Street, Adelaide, as a land and stock agent.  Bull’s stock yards were situated near the later Saint John’s Anglican Church, built soon after the yards and for long known as Saint John’s in the wilderness.  He represented overseas investors in the colony and worked up a lucrative intercolonial stock trade with Sydney stock breeder, a certain Mr Ewens.  To let beasts regain condition for the Adelaide market after their long overland journey generally following the River Murray from New South Wales, Bull ran them on land at Bull Creek in the Southern Adelaide Hills.

In 1839, shortly before South Australia’s near complete financial collapse, the Bull family rented Blackwood (later known as Blackwood Park ), a farming property between Balhannah and Mount Barker Junction, from the former Colonial Treasurer, Osmond Gilles, who fortuitously was the Bull’s neighbour in Halifax Street.  At the time of Bull’s death in 1886, willows he had planted along the nearby Onkaparinga tributary were still flourishing and a hawthorn hedge remained around the site of his long-gone homestead, one of the earliest in the district.

It was on this Balhannah farm that JW Bull claimed to have developed the wheat stripper, which greatly advanced the growth of South Australia’s grain industry.  During his lifetime, he entered into sometimes bitter controversy with John Ridley, who also laid claim to have done the same thing on his property at Hindmarsh.  In 1882, the South Australian Parliament voted Bull £250 for his efforts in developing an agricultural machine, but the question has never been completely resolved.

Farming did not turn out the success for JW Bull that he had hoped, nor did the copper prospecting he undertook in the nearby hills.  The Bull family returned to Adelaide c1849, where John became an agent for Osmond Gilles’ silver-lead mine at Glen Osmond.  Then Bull decided upon a further stint at farming on his own, near the Old Half Way House Hotel, now the Woodville Hotel, at Woodville South on the Port Road.

A spell on the Victorian gold diggings in 1852 proved no more rewarding for JW Bull and he took up a contract with his former benefactor, Osmond Gilles, to plant and then manage a vineyard for him at Glen Osmond.  Each year, on Easter Monday, Bull laid out wines to refresh members of the German Rifle Club, who shot in competition in one of O Gilles’ foothills gullies.  Later, JW Bull leased the vineyard and won prizes for his wines, which he blended in a cellar built especially for the purpose.  Gradually, he developed a country postal order service to dispose of his wines further afield, while ‘Town and Suburban Customers will be waited upon as usual.’  Bull entered fully into local life, especially into controversy over the school room and the Institute; in 1869, he became first Lieutenant in command of the Glen Osmond and Mitcham volunteer rifle companies.  JW Bull’s faithful wife, the former Miss Mary Brant, died in 1882.

In old age, JW Bull wrote his memoirs, which he circulated privately amongst family and friends and then published in serial form in the weekly country newspaper, the Chronicle.  During 1884, Early experiences of life in South Australia appeared as a book, with a dedication to the Governor, Sir William Robinson KCMG. The respected colonial publishing firm, ES Wigg & Co, had charge of printing and distribution, in association with a Fleet Street publisher, Sampson Low.  Bull died on 21 September 1886, two years after his combined autobiography and colonial history appeared for the general public.

The deceased gentleman was highly respected by hundreds of colonists who had the pleasure of knowing him ....