This group of buildings dating from 1856 is an example of the way in which an immigrant family established itself and developed its business.

Extract from 'Hahndorf - A Journey through the Village and its History', by Anni Luur Fox 2002

Heinrich Siegesmund Martin built the wheelwright shop soon after he purchased numbers 21 to 25 Main Street from the carpenter Peter Leonard Schinckel in June 1862.  Hahndorf was enjoying a period of prosperity and he could see opportunities to expand his business of coach and cart building and the repair of wheels broken on the rough roads of the district.  After arrival in South Australia with his wife Anna Dorothea, Heinrich Martin had bought the allottment next door at No. 19 Main Street in 1856 for $70.  They lived there in a small log cottage that had been constructed by Schinckel in 1853 when he had married Johanne Caroline Boehm, a sister to the flamboyant founder of the Hahndorf Academy.  A more substantial brick cottage was later built closer to the road.

Like many other young men of the period, Schinckel had left the village to try his luck at the Victorian goldfields in 1851.  If his purchases of land in the Hahndorf area are any indication, he must have struck it rich.  In 1853 he had paid $70 for numbers 19–29 Main Street which had been subdivided four years earlier by Joseph Remfrey, a British mining superintendent bent on land speculation.  When Schinckel sought to expand his farming operation by moving to Callington some years later, he made a tidy profit from the sale of his Hahndorf properties, including numbers 21–25 to Heinrich Martin in 1862 for $400.

Over a century passed and Heinrich Martin’s Wheelwright Shop at No. 23, his son’s house at No. 25 (built in 1885), and the coach house or “trolley room” at No. 21 were all due to be demolished in 1977 to make way for a shopping centre.  The butcher’s shop built in 1921 at No. 27 was also to be removed.  Imminent loss of a large section of 19th Century streetscape galvanised the newly formed Hahndorf National Trust Branch into action.  We left our polite, middle-class ways and behaved like a bunch of guerillas defending the home-front even though none of us actually owned the buildings.  We believed that these historically connected buildings should be preserved as a group, a point of view that was rare in South Australia at that time.  Some of the grander buildings of Adelaide had been restored, but few planning officials seemed to have thought about the visual and cultural effect of multiple demolitions on the streetscape of a unique old farm village like Hahndorf.

Through Branch member Alma Paech, we gained access to 19th Century photographs and information from her old school friend Edna Martin who had once owned the buildings.  Lyndell Davidge, Elaine Potts and I joined Ralph Dettman at the Land Titles Office to ferret out details of land tenure that were later corroborated by Reg Butler.  Another Branch stalwart, Patrick McGrath, had formerly been a member of the Early Buildings Council that had seen its advice on conservation of historic buildings successfully utilised by the Victorian Government. His knowledge and connections were invaluable.

This issue sparked fierce arguments about heritage matters that received continual attention by the media.  Through David Wotton M.P. our Branch posed questions for State Parliament.  The Commonwealth Government was another target.  Our Branch deputation to Premier Don Dunstan achieved no promise of relief.  Eventually, our relentless lobbying backed up by meticulous research did result in a stay of execution for this section of the streetscape.  The State Labor Government’s Minister for Environment, the Honorable Hugh Hudson granted $30,000 towards restoration of the buildings.  The shopping centre was built at the rear.

It was a wise compromise by developer and State.  The wheelwright shop itself was the oldest surviving shop of its kind in Hahndorf.  As a direct result of the fracas, the Australian Heritage Commission awarded a substantial grant for the Hahndorf Survey, a joint research project by a team directed by Gordon Young from the School of Architecture, S.A. Institute of Technology, and Ian Harmstorf from the Department of History, Adelaide College of the Arts and Education.  The team of students measured and researched every historic site in the village.  Published in 1981, its results verified our Branch claims that Hahndorf was a site of national significance.  That year, it was listed by the National Estate. Hahndorf became a State Heritage Area in 1988 on the eve of its 150th Anniversary.  Although the above events had led the way to the formulation of the Hahndorf Supplementary Development Plan that spelled out principles of development control, Schinckel’s original red gum slab cottage in the backyard of No.19 was pulled down in 1998 during redevelopment of the site as a buspark by Council.  The brick cottage facing the road was renovated for commercial use.

Martin’s Wheelwright Shop flanked by the parents’ and son’s houses is an example of the continuity of family ownership that marks a number of historic sites in Hahndorf.  The generations did stick together.  The German settlers had come from a feudal society where family members supported one another and trade skills were handed on to the next generation.  In keeping with tradition, Heinrich Martin had transferred the Wheelwright Shop and the neighbouring allottment at No. 25 to his son, Carl Heinrich Martin in February 1884.  When this son, also known as Heinrich, married Helena Schach in 1885, he built the present house in the fashionable style of the day, next to the family business as his father had done before him.

The Wheelwright Shop was a popular place.  Two stables were kept for the purpose of resting the horses of carriers who serviced the district’s townships.  The Martin family’s generosity extended to the Indian, Afghan and Maltese hawkers who brought their wares to Hahndorf in their wooden vans and also bought produce from the villagers to sell further afield.  These intrepid people who played such an important part in provisioning isolated “outback” communities were invited to bed down in a small room where Gustav Martin used to house his Royal Mail Coach when he was not collecting mail and passengers from Ambleside Railway Station.  A brother to Heinrich, Gustav lived with his wife Caroline Auguste (nee Liebelt) on the Balhannah-Hahndorf Road until they moved to Lameroo in 1913. 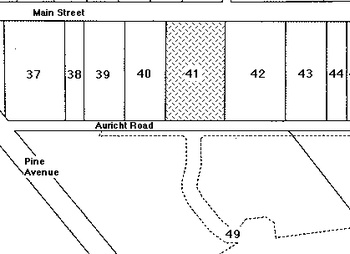