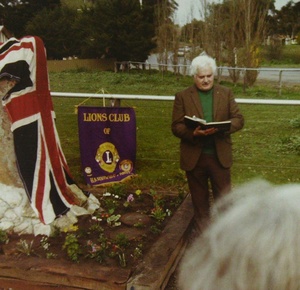 I hope you won't mind me posting this but it is a Hahndorf community matter.
My father, MORT SCHOLAR, passed away last week. He was a TIRELESS volunteer and contributor to the local community. He was a 45+ year member of the Hahndorf Lions Club, and also served the local primary school and institute at different times, Some of his achievements which were mostly done within the Lion's Club include:

And these are just the things I can think of where he was a major driving force. Not to mention all the other Lion's Club activities he would volunteer for - Christmas Stocking ticket sales and other working bee tasks. He also used to collect for the Salvo's down every street appeal. The list goes on and on!

The Hahndorf community has benefited greatly from Mort Scholar's selfless and generous actions. I'd always wished that he had received some formal recognition for his efforts. Not that he would have believed he would deserve anything. Perhaps something could be named in his honour one day.

I feel compelled to put this out there, especially now that he is gone. His efforts seem to be over and above average, and he deserves the highest acknowledgement and appropriate recognition accordingly.

Mort contributed so much to the Hahndorf community throughout his life.  His father came to Australia from England in the early 1920s and was headmaster of the Kongarong Primary School (which was Mort’s first school). He married and had a son, MORT.  Mort in turn married and had two sons, Brian and Jamie and a daughter, Jane, (dec). 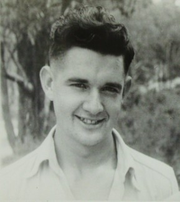 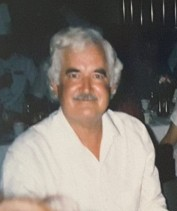 So, Mort Scholar you will always be remembered for all you did for Hahndorf and the area.

For your excellent service you were awarded the prestigious James Richardson Award which is highly regarded by Lions members; and you were one of the 13 Life Members granted Life Membership of the International Association of Lions Clubs.

THANK YOU MORT—REST IN PEACE