This building's significance is its architecture, being an example of early half-timbering with pug infill (fachwerk style). 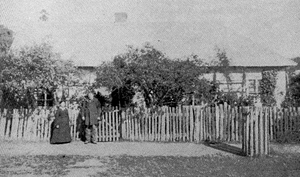 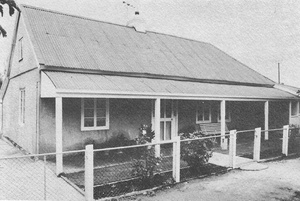 The original cottage was constructed by carpenter Johann Gottlob Schach, an early resident of Hahndorf, soon after he purchased an acre of land from Gottfried Lubasch in 1854.

The cottage was of half-timbered construction probably using timber cut from the land.  A stone addition was made to the northern end a few years later.  The appearance of the cottage changed quite dramatically when the exterior was plastered over as a means of protection from the weather.  A verandah was added, the original bake-oven removed and the shingle roof covered with galvanised iron.  In recent times further additions have been made to the northern end. .... The building has always been used as a private residence.  Schach's workshop was also situated on the block but has long since disappeared.   [extracted from 'Hahn's Village' by EA Wittwer 1979]