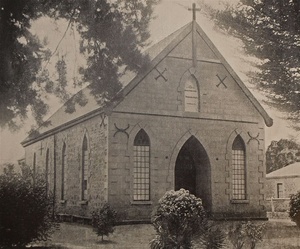 St Michaels  in 1920 at the 90th Anniversary of the Hahndorf Lutheran congregation, and the 70th of the church building. 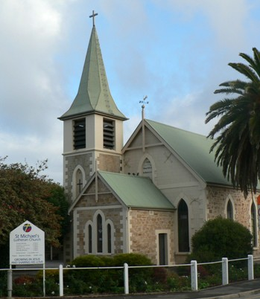 Heritage Listing No.  26049
State Heritage ID:  21249  -  This outstanding Lutheran Church building was constructed by the followers of Pastor Fritzsche in 1857-8 on the site of Hahndorf's first church, and is the place of worship for Australia's oldest Lutheran congregation. (Mount Barker Heritage Survey 2004).

This church was opened in 1859 and named St. Michael as the foundation stone was laid on St. Michael’s Day, 29 September 1858.  St Michael’s Lutheran Congregation was originally established in 1839 and is the oldest surviving Lutheran congregation in Australia.  In 1840 a mud-walled church was built on the site of the present church and dedicated by Pastor Kavel.  However, the congregation split in 1846 when doctrinal differences between Pastor Kavel and Pastor Fritzsche became official.  Pastor Fritzsche and his followers retained the original church property while those of Pastor Kavel built a small brick church at the southern end of Hahndorf which became the home of St Paul’s United Evangelical Lutheran Congregation.  In 1966 the rift between the two churches was healed when they both became members of the Lutheran Church of Australia.

Addition information is available regarding the history of St Michael's Lutheran Church. 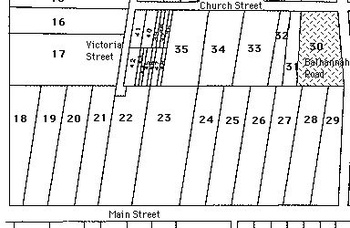