Mr Jahn replaced the original pioneer cottage that stood on this site in 1858 with this simple brick cottage and later sold it to Friedrich Wotzke, a dyer and missionary, in 1880. 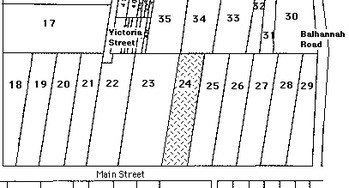