There are three main topics to be covered when discussing Alamance County's Civil War History:

The Alamance County War Memorial is located in front of the courthouse in Graham, NC.  All of the names of those who fought and perished in eight different conflicts beginning with the American Civil War can be found on the memorial.  Every name that is listed is a person from Alamance County.  The actual structure itself is large and rectangular in nature. The memorial consists of three slabs of granite with the middle one bearing an inscription of the Alamance County Seal.  Underneath the Seal it reads, “This memorial is dedicated to honor all the brave men and women of Alamance County who fought in service to their country and in memory of those inscribed here who died in defense of our freedom.”  Each side of the centerpiece lists the names of those who have fought and died in the Civil War, Spanish American War, World War I, World War II, Korean War, Vietnam War, USS Liberty Attack, and the Middle Eastern Conflict.  The Civil War section of the memorial bears 236 names of men who died during conflict. 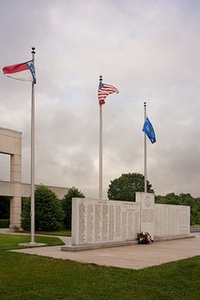 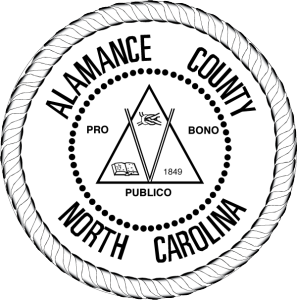 The United States Civil War, that began in 1861, did not cause physical harm to Alamance County, NC but rather took an emotional toll. Many Alamance County residents who were part of the 6th North Carolina Cavalry Regiment were called to action when North Carolina officially seceded from the Union on May 20th, in 1861. When the 6th Division was fighting the war the majority of their casualties came from the Battle of Chickamauga. This battle was so fierce and bloody that it was actually the second most deadly battle of the entire Civil War. The only battle to beat Chickamauga for the record was the battle of Gettysburg. Chickamauga took place in Georgia on September 19th through the 20th in the year 1863. It was, in the end, a victory for the Confederates even though they had lost 18,454 soldiers to the Union’s losses of 18,000. During the war about 236 men died from Alamance County and most of these men died during the Battle of Chickamauga. 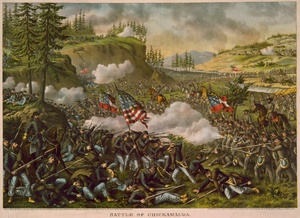 
Alamance County, in 1861, had an approximate population of 12,500 people. It is estimated from population reports at the time that 30% of the total population were slaves. This means that there was much hatred and violence towards the ex-slaves in the form of hate crimes and hate groups such as the Klu Klux Klan. For more information please visit the following link.