With new members on each of the teams, they were ready for a competitive start in August. Unfortunately, the Elon football team began their season with a rough start. The football team began with a loss against UNC Chapel Hill, but quickly recovered by defeating North Carolina Central and West Virginia State. The next home game for the Elon football team will be against Western Carolina for Homecoming weekend on October 20th. Their current record is 2-3, but they hope to turn things around in the last half of their season. The women’s volleyball team has also experienced a difficult, but consistent start to their schedule with a record of 8-11. Some of the teams they defeated were East Carolina and Western Carolina; however, they didn’t have as much good luck with High Point, Duke, and Alabama. The women’s volleyball team is only half way through their season, so there is still hope for them to continue on a winning streak. Although the football and volleyball team had experienced some tough opponents, the cross-country team has started off very strong through their first couple of meets. In the Elon Invitational Meet, both the men and women’s team finished in 1st place. In the Demon Deacon Quad the women finished in 1st and the men in 3rd. The cross country team jumped to a great start and can hopefully continue their lead with the Royal XC Challenge and the NCAA Pre-National Meet just around the corner.

The Elon Phoenix will be leaving the Southern Conference and joining the Colonial Athletic Association Conference in their 2014-2015 seasons. This will be the first change since the start of Elon Athletics.

Remember to go to the box office, or online to www.elonphoenix.com/ to either purchase your ticket for non-students, or to reserve your ticket for current Elon student. You won’t want to miss a game! 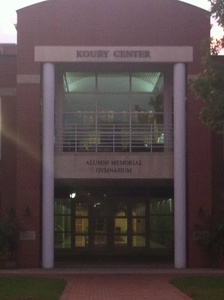 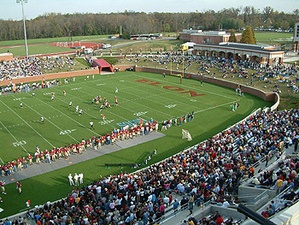