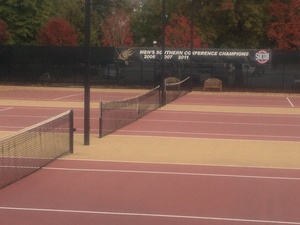 The Tennis Champions of Elon University 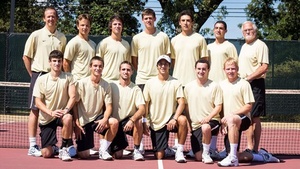 Elon's tennis program consists of two distinct parts: The varsity team (Division 1) and the club team. While the club team is co-ed, varsity tennis has separate male and female teams. Six members make up each varsity team in which players compete in singles and doubles. The men's varsity team had three championship victories in the Southern Conference (SoCon) in 2006, 2007 and 2011. Due to the success of the team, the tennis program has attracted students from a variety of different locations, ranging from local towns to other countries.

Despite what many may believe, the Club team is open to people of all skill levels. When first attending the club practice, you split up based on your own perceived skill level. There is the advanced group, the intermediate group, and the casual group. In the intermediate and casual, you may do as you please, either rallying with others or playing matches. In the advanced, you are put into a ladder and must play challenge matches to move up on the ladder. On match days, usually only the top 6 in the men's and women's ladder travel to play in the match.  The matches consist of both singles and doubles matches.

The club team is formatted differently than the varsity team. For starters, there are 21 members on the male competitive team and 24 on the women's team. Another difference between the teams is that the men and women's varsity teams practice apart from one another at different times, where as the club practice is comprised of both the men and women's competitive teams as well as the recreational team. The club teams' practices are much more casual, focusing on having fun, while the varsity teams' practices are more structured.

The varsity practices 2-3 hours a day, usually Monday through Friday. Some of the schools that the varsity competes against include Davidson and Charleston. They compete against the same schools that other Elon sports teams compete against. Elon competes in the Southern Conference (SoCon)​ and the men's team has had a rather successful time in the SoCon.

The club team practices from 5:30-7:00 Monday-Thursday. Practices are usually structured with 30 minutes of warming up and an hour of matches. 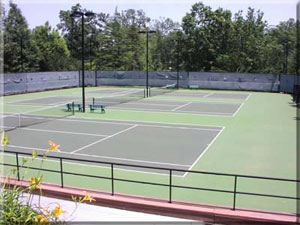 Interestingly enough, the men's and women's varsity tennis teams trained in England this summer. Both teams challenged other British academies and attended Wimbledon. Due to the large amount of international students on the team, it was an exceptional experience for all. Both the men's and women's team last year had a fantastic end to the season, and will hopefully have the same this year. To view the tennis teams' schedules and the rosters, go to elonphoenix.com.  Check out http://www.elonclubtennis.com for more information on the club sport.