Elon University takes pride in each niche that it offers. Whether it’s academically or socially, the clubs and services offered are considered above many other university’s standards, particularly the sports teams. Volleyball has continued these prime standards. Ever since the program was initiated in the early 1970’s, female and male student athletes have had the privilege to represent the Phoenix by playing on the varsity and club teams. Elon offers varsity and club teams for both men and women. Although there has never been an official varsity team for men, the club team has had much success playing various schools’ club teams.

As previously mentioned, the Elon Women's Volleyball was formed in 1972. Kay Yow, a legendary coach nationwide who was inducted to the Elon Sports Hall of Fame in 1986, guided the first Elon women's basketball team and volleyball team in the same year. She lead Elon to a 20-6 record in its first year of competition. There was continued success throughout the 1970's for the volleyball team. In 1974, Elon posted a 31-8 record and advanced to the Southern Atlantic Conference championships.

Up until 1993, Elon played at the NAIA level, which is composed of much smaller colleges than the well-known NCAA. But in 1993 Elon University, along with the South Atlantic Conference, moved up to the NCAA Division II ranks. The toughness of competition increased, but Elon Volleyball held its own with a 117-29 from 1991-1995. Elon Volleyball dAdd a caption during this time period was defined by the dominance of Priscilla Awkard. Priscilla broke numerous records during her volleyball career at Elon University. She is the all time assists leader at Elon University, and was All-Conference from 1992-1994.

In 1999 Elon became a full time Division I member, joining the Big South Conference. Elon then transferred to the Southern Conference in 2003. The transition from D-II to D-I was a tough one, as it is for many teams. The volleyball team didn't record a single season of more than 22 wins until 2009, where Elon recorded 23 wins, the most since its transition to D-I play. The following year was one of the best in Elon Women's Volleyball history. The girls went 11-5 in the conference and 21-14 overall, good enough for Elon to clinch its first even Southern Conference championship. The team was lead by seniors Sarah Schermerhorn and Lauren Copenhagen.

This year marks Elon's first season as a member of the Colonial Athletic Association. As of October 3rd, 2014, the Elon Women's Volleyball team has an overall record of 5-13, and they are on a three-game losing streak. Hopefully they will be able to bounce back quickly with the help of key players Ana Nicksic (setter) and  Sydney Busa (outside hitter). Nicksic, a sophomore, finished fourth all time on the Elon single-season assists record list her Freshman year, and currently leads the team in assists this year. Freshman Sydney Busa has made a huge impact right out the gate of her collegiate career. She currently leads the team in kills and is one of the top hitters in the CAA. 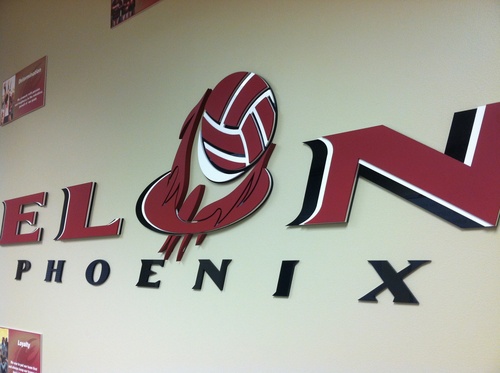 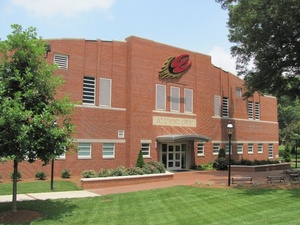 On the other hand, the varsity and club women’s teams hold a high standard not only on the court, but off of it as well. For instance, in the 2011 school year, the varsity women’s team received an award for placing second out of all of the Elon sports teams for academic excellence. Their team’s average GPA was among the top of standards for Elon athletics. The volleyball program holds its student athletes to an extremely high standard, which, in turn, creates a program of success.​ It’s safe to say that Elon University provides exceptional opportunities for students to excel in the classroom, and on the court.