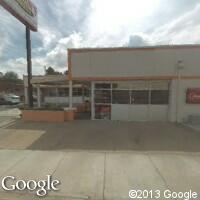 Guzman Supermarket is a local grocery store located in Burlington, North Carolina.  It would make a very interesting juxtaposition with stores like Harris Teeter and Food Lion.  Guzman is not nationally recognized, does not attract hordes of consumers, and does not receive large monetary benefits.  Guzman’s main costumers are primarily members of the local Spanish and Latino community.  The store sells many delicious Spanish food and beverage imports, and is a very small store that is located on the side of a road with a large sign overhead advertising products, daily sales, as well as contact and location information.  While it is small, Guzman is a very condensed, convenient place for food shopping, especially for the Burlington residents.  Guzman also exudes a sense of antiquity.  It appears as though it has stood the test of time and has been an enduring part of the Burlington community for the mere decade and a half that it has existed.  Guzman does not try to be a special place.  It does not decorate itself with extravagant signs or other apparel.  Rather, its aesthetic appeal lies in its very lack of these decorations.  Its simplicity and traditional supermarket atmosphere lend it a quality of uniqueness.  While it does not attempt, unlike most stores, to placate the customers with its appearance, it simultaneously manages to do just that by being the way it is.

Despite being such a simple and small store, Guzman Supermarket offers numerous commodities.  Guzman sells many different brands and kinds of food that are produced both in the United States and abroad, mainly by Spanish and Mexican companies.  Nevertheless, there remains an eclectic mixture of many foods that one does not typically find or buy in a store like Harris Teeter or Food Lion.  Additionally, Guzman also contains two serving stations in which people can come up and purchase various foods over the counter.  At one station, fresh hot tamales and other goods are served, and at the other station, deli meats and huaraches are served.  Unlike most stores, the fruit and vegetable section of Guzman is in the back as opposed to near the entrance.  The food is also of very good quality in Guzman.  The price ranges in Guzman are fairly similar to those in other stores, yet some of the products may be slightly cheaper.  Yet there are many different types of items to choose from.  In addition to selling food, Guzman also sells piñatas, toys, paper towels, cosmetics, toiletries, and many other necessities.

Two aspects of Guzman Supermarket that strike one as really interesting are the plethora of Christ statues and crosses that are sold, as well as the abundance of sports trophies located around the store.  Both of these aspects attest to the sense of community that Guzman embodies.  Firstly, the seemingly high demand at Guzman for religious objects speaks highly of the faith and spirituality that each customer in the store might share with one another.  Secondly, the sports trophies speak to how much Guzman values the diverse hobbies and events that constitute its community.  Guzman is in fact a sponsor of many local and recreational teams, teams whose success is clearly displayed on the store shelves.  Yet the fascinating aspects of Guzman do not stop there.  One must go to the store oneself and find something that catches the eye.