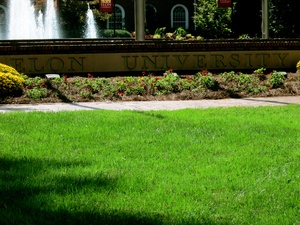 Located five miles from Burlington, the plot for a new college was filled with oak trees. It was in 1889 when Elon College officially took off. William S. Long was the founder and first president of the Christian Church founded school, with 76 students enrolled​. The school became Elon University on June 1, 2001.  In 1891, the first graduating class was made up of Nathaniel G. Newman, C.C. Peel and Herbert Scholz.

In 1893, the area around the college was established as an Alamance County town known as Elon College. The first Glee Club, baseball team, and publication of Elon’s yearbook were all enhancements added to Elon in the 1800s and 1900s.  Baseball became an official sport in 1900.  In 1918, the senior class shrank from 46 students to 30 students because men were enlisted in WWI. On June 18, 1923, the university was almost entirely destroyed by a fire, which consumed the main building, the library, the chapel, and several classrooms. After the fire took place, the board of trustees agreed to create new buildings to replace the ones that had been burnt down in the fire. A library, auditorium, and three classrooms were built in 1924. Today, these buildings serve as “the heart of the central campus.”

Main page: Birth of the Phoenix

In 1930, Leon E. Smith became the fifth president of Elon College. He was the longest serving president at the school, serving for a total of 25 years. During the Great Depression, Elon went through a rough time, so Smith decided he wanted to change the way that Elon was running.  He persuaded staff members to accept lower salaries, formed a new fund raising campaign, and attempted to turn the school around from this tough time. After World War II, women and returning servicemen enrolled to Elon and the student body grew to 700 students.

During the Alumni Association’s development of its honors program, it’s members, the college family and Elon’s friends far and wide, looked forward to the restoration of a full-scale sports program. James B. Mallory took charge in 1946 when the full athletic program was renewed. Championships were won, individuals were named to All-American and All-State teams, and athletics was increased as a part of the college program.  The Memorial Stadium in Burlington was arranged as Elon's main facility for football games. On December 2, 1950, The Alumni Memorial Gymnasium, which cost $250,000 when completed and equipped, was dedicated to the memory “of the known Elon alumni, who fell in battle.”

Throughout his administration, President Smith never allowed his concentration on financial matters to blind him to the academic needs of the school. When the United States became involved with the Korean conflict, the Smith administration was confronted with a possible interruption of its plans for the continuing growth of Elon. The expanded activities of the institution also taxed the classroom space available during the day. In 1953, a night school was opened, separate from the adult school already in operation. The extension of programs increased enrollment, as seen from 1953 to 1955 when the total rose from 705 students in 1953 to 1,070 in 1955. The result of this growth was due to the fact that there were two more sections of students and faculty: those who studied in the day and those who studied in the evening.

In 1956, Virginia Hall, a dormitory for women, was constructed on the site of the old West Dormitory Annex, and Carolina Hall, a dormitory for men, was constructed on the eastern side of campus. Today, Carolina Hall is an all girls dorm and Virginia Hall is co-ed. Dr. Smith decided in 1954 that it was time for him to go and pass on the reins of administration to a younger driver. With a student body of 1,634, it was possible for the college to operate on a sound financial basis. In 1975, James Earl Danieley took the title of Dean of the College. Danieley, 32 years old, was the one of the youngest college presidents in the United States. 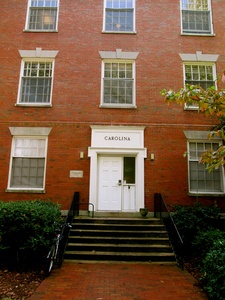 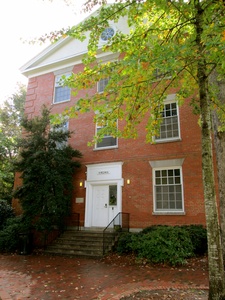 While more academic innovations were being devised and the administration was finding funds with which to pay for them, athletics at the college remained moving at a fast pace. With the 25 major buildings, valued at $25 million, and the 6,000 students all around campus, it would have been difficult to imagine in 1889. Elon maintains its relationship with the United Church of Christ, but is no longer directly affiliated. Over the years, many important figures have spoken at Elon University, including presidents George H. W. Bush and Bill Clinton.

Today, Elon University is a private liberal arts university. The campus is a certified botanical garden featuring brick sidewalks, oak trees, fountains, and lakes. Starting in 1999, President Leo M. Lambert is the current president of the University. The Ernest A. Kourey Sr. Business Center was opened in 2006, with the business and communications schools receiving high accreditations in their fields. In 2000, enrollment exceeded 4,000 students for the first time. The college of arts and sciences, and schools of communications and educations were then established. The Belk Library soon followed, opening in 2000. According to the Elon University website, “the university substantially achieved its goal of being a national model of engaged learning, earning top national accreditations for academic programs and accolades such as 'number one school to watch' and 'hottest college,' national rankings in study abroad, service learning, best value, sustainability and a host of other categories." 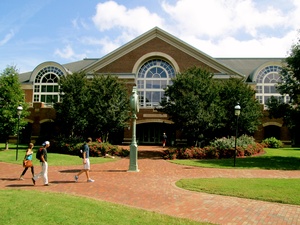 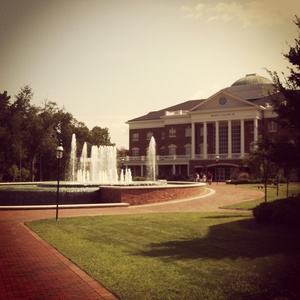 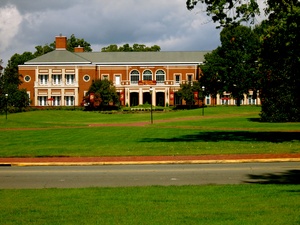 College Coffee is also a tradition at Elon University that started in 1984. The weekly gatherings held at the Fonville Fountain at Alamance​ are for students, faculty, and staff. Elon sends more undergraduate students to countries around the world for study abroad than any other master’s level school in the nation, and was named one of the top three universities in the nation for community service. Elon is also heavily into Greek life with 23 fraternities and sororities currently on campus. In its 2013 "America's Best Colleges" guide, U.S. News & World Report rates Elon the #2 Southern University and among the top colleges and universities in the nation. Elon Phoenix athletics includes 16 men and women’s sports in NCAA Division 1. 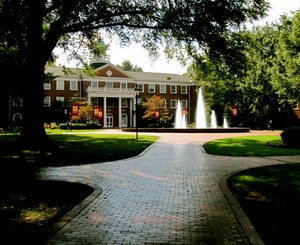 The university includes Elon College, the School of Communications, the College of Arts and Sciences, the School of Education, the School of Law, the School of Health Sciences, and the School of Business. Elon continues to propose its core values and remains constant through its amazing history, by continuing to focus on the community and working together. Social gatherings and daily events occur everyday at Elon. If you have not taken a chance to visit this beautiful school, you should strongly consider it. The school is becoming bigger and better everyday and everyone seems to have his or her eye on this “hot” school.