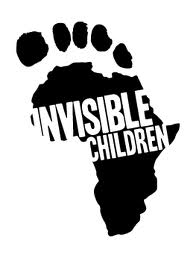 Taken with permission from www.dailywaffle.co.uk

Invisible Children is a national organization that focuses on spreading information and finding solutions to end the existence of child soldiers in the LRA, and ultimately the LRA itself. The Lords Resistance Army, is a militant group led by Joseph Kony, that, "has been abducting, killing, and displacing civilians in East and central Africa since 1987." The intent of the LRA is to, " establish a theocratic state based on the Ten Commandments and local Acholi tradition," by any means necessary.

Invisible Children has been working for the past nine years to make a positive difference in Uganda and South Sudan by implementing four different approaches: Media, Mobilization, Protection and Recovery. In 2012, Invisible Children created a video and launched a campaign called "Kony 2012" which fixated on finding and trying Joseph Kony for all of the cruel and horrific atrocities that he initiated and has sustained for twenty six years. This video went viral and the organization gained a lot of financial and volunteer support from people who were motivated by the video and its pressing issue. Another way Invisible Children brought awareness to this controversy was to by creating branches of the organization in high schools and colleges across the country. At Elon University, students can join this organization to find ways to let the Elon community know about the injustices that Kony is committing as well as donate to the organization. This year the Invisible Children club will have different fundraising events. In addition, there will be a screening of a documentary called Kenya: Until Hope is Found on October 24th, 2013. Students will be able to watch this film which addresses the political violence in Kenya as well as hear from the director of the film. To help the cause you can donate on the website, find out how to volunteer or join the club at Elon University. Email [email protected] to be put on the list and receive information about the club!

"Hope sees the invisible, feels the intangible and achieves the impossible." - Hellen Keller