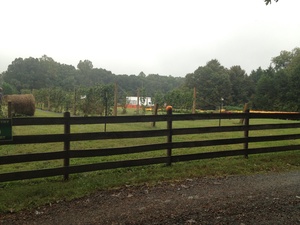 The Iseley Farm was established in 1790 by the Mr. and Mrs. Boston Iseley. After many years of the farm being passed down from daughters to cousins, the farm eventually ended up in the hands of the current owner, Jane Iseley, who took the land over in 1987. Jane Iseley said that the farms in Alamance County are mostly, if not all, family inherited and ran.

Isley Farm has established Alamance County as a prominent tobacco-growing area. According to Jane Iseley, due to the tobacco "bought out" that occurred about 9 years ago, there are fewer and fewer tobacco growers. The fact that is was "Bought out" means that the competition of tobacco growing became difficult, and tobacco companies started to only buy from the best and well-developed farms. Fortunately, the Iseley Farm was one of the farms that was able to make the cut. The smaller farms that stopped growing found they just weren't "clearing out" or making the money they needed to meet the costs of growing the tobacco. Therefore, today the crops that are locally grown on farms in the Alamance Area contain all types of produce such as tomatoes, eggplants, pumpkins, organic tobacco, and of course, beef from the farm-owned cattle. In autumn, the in-season crops are pumpkins, mums, winter squash, and sweet potatoes. Jane Iseley stated that "most of the farms in the county have cattle, but not all of them like the Iseley Farm provide PRIME or CHOICE beef purchased by local restaurants.

WHO WORKS ON THE FARMS IN THE AREA? 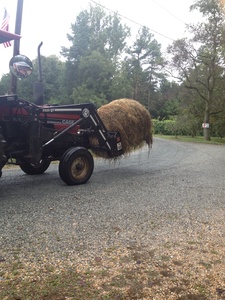 The price of land has skyrocketed not only in Alamance county, but all over the country. Therefore, most of the farms that still successfully exist today are family inherited farms that are solely concerned about the costs of labor, machinery, and all the inputs that go into maintaining the land. Besides the families who work on the farms, the farms of Alamance County are run by H2A workers. These people are documented workers from Mexico and are called the “field help” who mostly work in the tobacco industry. On Iseley Farm in particular, there is a total of 16 workers in the on-farm market and overall 33 farm attendants. Jane is currently the only family member that still actively works on the land year round.

IS FARMING A JOB OR LIFESTYLE IN THE AREA? 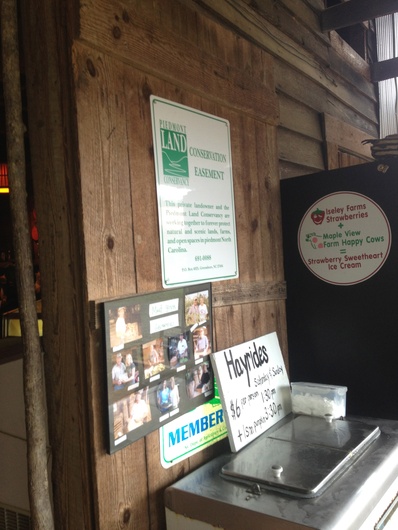 Although in many other parts of the county, farming is just another job, things are very different with regards to farming in the Alamance County. Farming is the lifestyle of those who are involved in it, providing the main source of income for many, as well as a home.The only way Jane Iseley says to run a well developed farm that will supply you a source of income is "if you develop a type of market system, like we set up at the Iseley Farm along with others in the area, and follow the government regulations."

"Regulations are strict,"  Jane Iseley says. "There are constant government check-ins at the local farms in the area making sure that every input on the land is documented. She described the strictness as, "Every time a farmer steps on his or her land to do the slightest bit of work, it must be documented." To keep in the running with the other farms in the market, one must follow these regulations. To succeed, one must come up with new ways to produce income. Many farms in the area like Iseley have set up markets and vegetable shops on the farming grounds They have also set up stands at the local farmer's markets. While many farms like Iseley use the "honorary system" of leaving extra crops out, they leave it up to the locals to take the crops and leave money without a teller being present. This works in some areas like Alamance County, where the locals can for the most part be trusted. But, the families and workers live very close by (if not on the farm) to insure there is someone to run the stand and watch the crops at all times.

Land Advancement/ Conservation of the Land 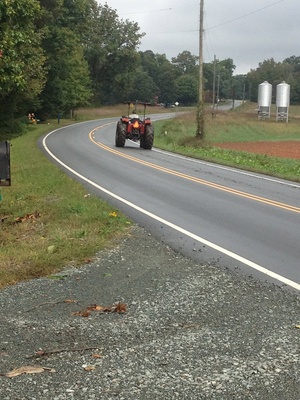 Most of the farms in the Alamance County area not only spend money keeping up their lands, but  are members of the conservation organizations. Most of the farms in the area, Jane Iseley says, "use all organic fertilizers and inputs, leaving out all unnatural hormones that destroy the quality and taste of the crops which are being sold to the local restaurants looking for both fresh vegetables as well as fresh beef."

Due to the high competition in the tobacco industry, many of the well developed local farms uses the "GAP", or Good Agricultural Practices, providing the best tobacco to the leading companies such as American Spirit based out of Santa Fe, New Mexico, where the Iseley Farms supply to. Not too long ago, the Iseley Farm donated 45 acres of land to the Conversation and Agricultural Easement. This allots a certain amount of land that can never be developed on, but instead conserved for agricultural purposes.  Machinery can often let out harmful gases not just in the local farms, but also around the county. So, farms in the area use electrical work carts and have recently dug up wells for cattle-feeding. In particular, the Iseley Farm has dug up 3 new wells, 2 of which are solar units, conversing energy in the past few years. 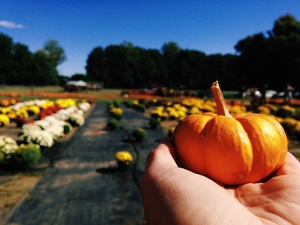 In Alamance County, Iseley Farm best known for their delicious strawberries during the spring and festive fall pumpkins in autumn. From April to June, you can visit the farm from 8 am to 6pm on weekdays and Saturdays to pick your own sweet strawberries, surrounded by the beautiful farm landscape. Once autumn comes around and the leaves begin to change, you can visit the pumpkin patch from 10 am to 6 pm on weekdays and until 5 pm on weekends. In addition, hay rides run through out the day through the beautiful Iseley Farm scenery. During these hours the "Vegetable Barn" is open. Inside there is a variety of fresh produce for sale, along with delicious, freshly made products such as homemade jam, jarred salsa, and honey made on site by bees you can watch in action! 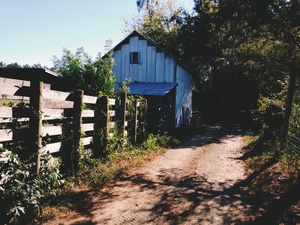 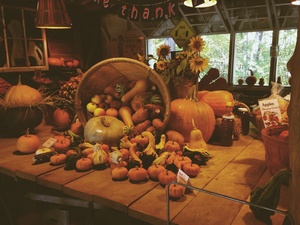 1. Interview between Catherine Carty and Jane Iseley, owner of the Iseley Farms, on October 2, 2012.* as well as:

7. http://iseleyfarms.com/location.htmlFor More Information on Farming in the Area and The Iseley Farms in particular please head to http://www.iseleyfarms.com/index.html.