Mebane Historical Museum is one of the oldest museums in the area. It is less than a half an hour away from Elon University, and presents a large range of history about the Alamance County region. In the year 2000, a group of graduates from Mebane High School held an event that brought over 600 people together to celebrate the school's past. The money they collected went towards the creation of the historical museum, which was constructed a year later. The main goal of the fundraiser, in addition to making the museum, was to preserve the history of the local community with a range of photographs, films and and other media.  Although the history of the entire community is significant, the remembrance of photographer Milton McDade is most cherished. His photos of the city played a huge role in preserving the history of the community. The museum, which at one time was part of Mebane High school, is now its own institution because of the addition of Milton McDade's collection. When the collection was added in 2010, the museum held a celebration with over 1,000 attendees.

Every third Monday of the month at 7 PM events are held at the museum for no charge. Due to the past relationship between the school and the museum, there is a lot of interaction between the two. For example, "Hands on History" is an event hosted by the museum that teaches kids about history through the use of artifacts.  Mebane HIstorical Museum's mission statement is similar to those of most other museums.  The statement reads, "MHM’s mission is to collect and preserve material culture so as to provide exhibits, presentations and events that are educational and interactive."

Membership and volunteering are crucial aspects to the preservation of the museum. As a member of the museum, you receive preferential treatment.  Members have the advantage of knowing when events are happening ahead of time as well as having a voice in the decisions about certain aspects of the museum.  It only costs $5 to be a member if you are a student, and the price keeps increasing with age. However, volunteers are always welcom. Because of the historical significance that the museum obtains is vital to the community, helping hands are always encouraged. Volunteering for more than thirty hours gives a person free membership and discounts on the events held at the museum. Volunteering allows for one to meet new people, talk in discussions and gain experience in the world of museums. Some of the jobs include: gallery guides, social media deputies, field interviewers, education helpers and multimedia helpers. If one is interested in volunteering, it is encouraged to call the number listed above!

Many events are coming up in the near future. The Harvest House Tour is taking place in the first weekend of November.  At this event, members of the community can see the prestigious homes in the area. One of the largest events at the museum will be "North Carolina and Coca Cola: Red, White, and Southern", which will be celebrating the history of Coca-Cola throughout the fall of this year. Those working on the exhibit are currently exploring the history and connection between Coca Cola and North Carolina at the Mebane Museum. If interested, call the number listed above. 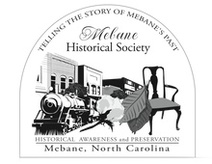 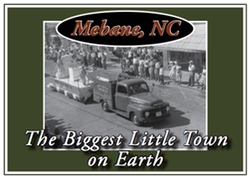 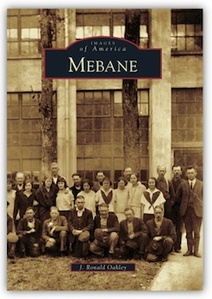