Walter M. Williams High school (named after previous North Carolina resident) is known as one of the flagship schools in the Alamance-Burlington School District. It is located in Burlington, North Carolina, just a short distance away from Elon University. The school is currently under the instruction of Principal Joe Ferrel with the help of Assistant Principals Yolanda Anderson, Mark Gould, and Stephanie Hunt. It has a long history in the area, as it has been operating for over 70 years. Serving students from grades 9 through 12, the school is recognized for its high academics, offering both honors and Advanced Placement options for students. Furthermore, it was awarded a Blue Ribbon recognition in 2007. The school's total enrollment is approximately 6,700 students.

Along with many other opportunities for development such as service clubs and honor societies, because of the school's close proximity to Elon University, Walter M. Williams High School offers a unique program for students to take classes on the college's campus during the school year.  A select group of students are also given the opportunity to attend a program known as Elon Academy. These students are able to reside on Elon University's campus while taking classes during the summer.  Walter M. Williams High School uses Elon's student teachers on a regular basis, which helps to keep the relationship between the high school and the university so strong. The school also requires a Capstone Project, which is a project for seniors only graduating after the year 2014. The hope of this project, which is required for graduation, is to showcase the individual students' growth and education while pushing them further during their last year attending the institution. 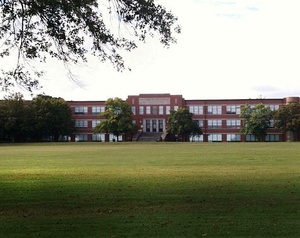 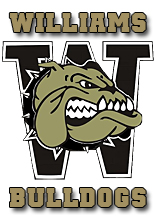 The school's mascot is the Bulldog

"Even my grandparents went here" says Maggie Morrison, a current senior at Walter M. Williams High School and participant in the partnership with Elon for classes program. The school is clearly very rich in history.