Zack's Hotdogs is a cash-only restaurant inDowntown Burlington, located on the corner of W. Davis St. and S. Worth St. The restaurant serves breakfast, lunch, and dinner Monday through Saturday.

It features American-style food, ranging from hamburgers to grilled cheese, and of course - hot dogs. A bottle of "Mr. Zack's Hot Sauce" can be found on every table in the restaurant, and can also be purchased for $3.50. Zack's is a cash-only establishment, meaning that credit/debit cards cannot be used as a form of payment. There is, however, an ATM within the restaurant, but the withdrawal fee is relatively high. 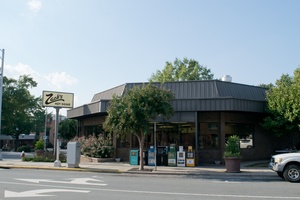 After moving to North Carolina, Zack Touloupas, a Karpernisi-born man, worked temporarily in a few cafes in Durham. In 1928, he discovered that a restaurant was for sale in Burlington. Zack jumped at the opportunity, buying “Alamance Hot Wienie Lunch” and promptly moving his family to the upstairs portion of the rented building.

Zack Touloupas its littlest of beginnings, Zack’s only had 8 bar stools and 4 school desks for its customers. In 1960, the restaurant underwent an expansion project, increasing the seating capacity 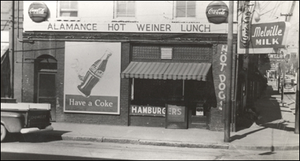 "Alamance Hot Wienie Lunch" to 44 people. As the restaurant grew in popularity, people began to simply refer to it as “Zack’s Hotdogs.”

One of the secrets to the success of the restaurant is its beloved chili, which holds a unique and delicious flavor. Zack Touloupas was quoted saying, “I make it myself, from my head.  I test how I like it with my tongue.  If I like it, I think someone else will like it.” Believably enough, everyone loves it, and it couldn’t end with Zack. With the need for an extra hand, Zack’s son, John, began working in the restaurant in 1946. Zack was still active in the restaurant until he retired at the age of 88. Today, Zack’s grandson, Zack, named after his grandfather, runs the restaurant and enjoys watching the business flourish. 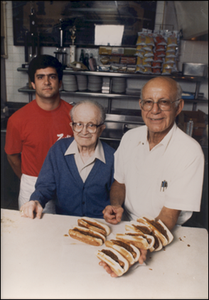 In 2003, Zack’s celebrated its 75th anniversary, and attributed the great success to their great food and fast service.