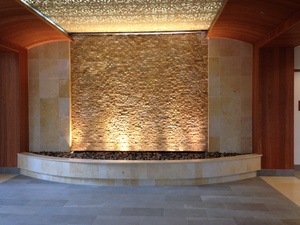 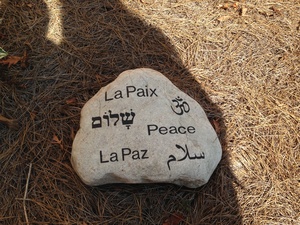 The religious center at Elon University, also known as the Truitt Center for Spiritual and Religious Life, is a unique center for all types of religions and faiths.  Since there is only one building for all religions, the center symbolizes that we are all similar, with some minor differences.  There are many different buildings on Elon’s campus for the different religions, but it is wonderful that Elon has one building, the Numen Lumen Pavilion, that all religions and faiths can practice in.

The multi-faith center in the Numen Lumen Pavilion was just recently opened in the spring of 2013.  The multi faith center includes offices for the departmental heads, two prayer rooms with large sacred space for all types of religion, a large kitchen, several student study rooms, a common room, and a small library. 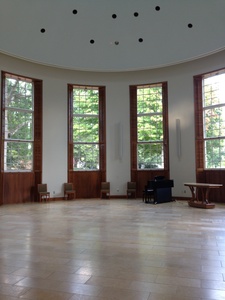 There are many different religions the Numen Lumen represents: Christian, Catholicism, Judaism, Hinduism, and Muslim. The goal of the Truitt Center for Spiritual and Religious Life is  "The Truitt Center enables members of the Elon University community to learn about their own and other faiths, and to live lives of reconciliation."   This mission is very important because it is not only saying to explore your own faith and religion, but other faiths too.

The Truitt Center also quotes that their mission is “to encourage students to honor the spiritual dimension of life, be vitally connected to a faith tradition, embrace the present responsibility and the future with hope, and live the principles they value.”  The Truitt Center promotes interfaith search, instead of just being tied down to only one faith.  The Truitt Center does not in any way demote the idea to only believing in one religion, but instead encourages everyone to try new things.

As of fall 2012, Elon University students consists of 66% Christian, 6.1% Catholic, 5.5% Jewish, .3% Muslim, .3% Hindu, .1% Buddhist, and 27.8% did not identify themselves as religious.   Even though the percentage is low for Muslim, Hindu, and Buddhist, there are several opportunities for those who do practice those religions. 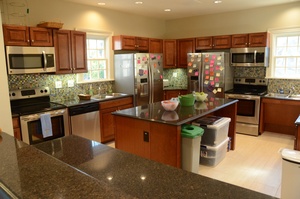 In the Newman Center, there is a kitchen, a common area with a TV, an executive boardroom for student leadership meetings, and also a game room, including a foosball table and lots of games.  Four students live upstairs in the Newman Center, and the CCM Peer Ministry Coordinator also resides in the Newman Center. The location for CCM is 699 Holt Chapel Lane  Elon, NC 27244.  CCM is open for not only just Catholics but for those interested in Catholicism!

The Newman Center at Holland House.

InterVarsity Christian Fellowship is a club at Elon for all Christians that are devoted to serving and spreading the word about Jesus.  InterVarsity is part of a national organization, and they have small group and big groups to talk about their faith and also have a lot of fun.  InterVarsity quotes that their vision is “to see students and faculty transformed, campuses renewed, and world changers developed.”  They also quote that their purpose is “to establish and advance witnessing communities of students and faculty who follow Jesus as Savior and Lord: growing in love for God, God's Word, God's people of every ethnicity and culture and God's purposes in the world.”

The Iron Tree Blooming Meditation Society is a club for those who associate faith with meditation, and also for those who just enjoy meditating. The society started when Brian Keating founded a campus meditation society, and was inspired to start an enduring club where students could practice meditation.  Brian founded the society in 1999 and is now the first and longest running of SGA organizations.

Sigma Alpha Omega is a Christian sorority founded in 1987.  Their motto is “One in Christ through unity in sisterhood,” which says that God comes first and sisterhood comes second.  The girls follow the Gamma Chapter, which was founded in 2001.

The mission statement for Sigma Alpha Omega is “To glorify God by reaching women across the world through the expansion of the sisterhood, by encouraging spiritual development through Christ‐inspired accountability and unity, by participating in evangelistic and philanthropic endeavors, and focusing on good scholarship and humble leadership.” Sigma Alpha Omega follows the two Bible verses: Revelations 22:13 ”I am the Alpha and the Omega, the First and the Last, the Beginning and the End.”  and Luke 1:46-47 ”My soul glorifies the Lord and my spirit rejoices in God my Savior.”

The Muslim student population is small but has increased dramatically in size in recent years, and Elon has formed a Muslim Student Association. The Hindu population has also grown, and even though there aren’t any Hindu organizations on campus, Hindu students have reported that they feel accepted at Elon.

Numen Lumen is a time and space to take a break from the busyness of the week and refresh the spirit.  It is not a “worship service,” rather a time of reflection offered by a member of the Elon community or guest speaker.  Music is provided each week by students and faculty from the Music department.  Refreshments will be served following Numen Lumen.

There is a prayer room on the 2nd floor of the Numen Lumen Pavilion which is always open for offering daily prayers.

*9:00pm Masses are not run during Elon Winter Term.

For more information, contact Courtney Davis-Shoemaker or Loura Burnette at 278-7460.

There are several opportunities to participate in religion at Elon.  Elon’s mission is to not only explore one’s own faith, but to learn and discover other faiths as well.