The Joseph Leonard Mansion is a large house at 891 Union Street built by developer and builder Joseph Leonard for his family. It was completed in 1896, and Leonard and his family lived there until 1900. The house was then sold to George W. Emmons.1

The house was designed by architect C. H. Russell. It originally had a much higher roof line, but according to local historian Dennis Evanosky, that was removed to allow more light to shine on the homes on the next block. 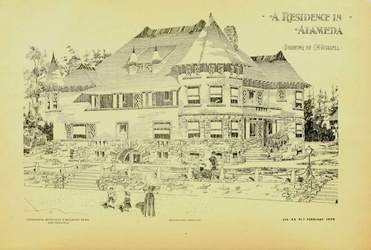 from 1899 California Architect and Building News 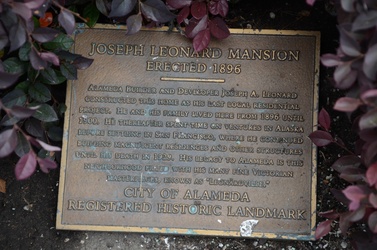