Clayton Gaskell (Beakes) House – c. 1838. This Greek Revival style house is believed to be one of the oldest surviving houses in the city. Though it has been altered over the years, particularly the interior, it remains architecturally significant. It features a pedimented gable-front orientation, lunette in the attic, well-defined cornice, corner pilasters, and classical side entry. The house was the home of two important Ann Arbor mayors: Hiram J. Beakes, from 1860 until the late 1880s; and a short time later Samuel Beakes (no relation), for whom Beakes Street is named. 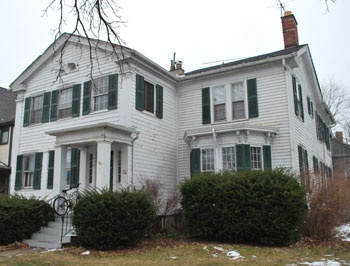 Photo from the Ann Arbor Chronicle