Francis M. Hamilton House – c. 1894. This house first appears in Polk Directories in 1893 or 1894. Francis Hamilton moved in in 1896, and Hamilton descendents lived there until 1938. Mr. Hamilton was a mayor of Ann Arbor, and the developer of Hamilton Place, in his Fifth Avenue backyard. The house is a restrained and symmetrical Queen Anne, with cross-gables, a cutaway corner and an open front porch. 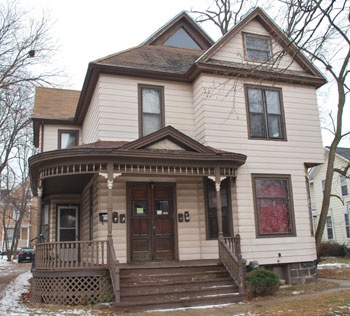