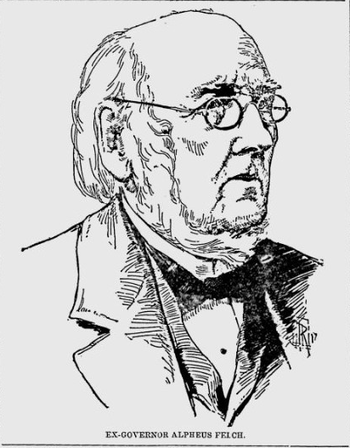 Felch Street is named in his honor.

Alpheus Felch's first political position was that of Monroe County representative in the State legislature, 1835-1837. He then served as State Bank Commissioner in 1838 and 1839, and is credited with exposing much of the corruption associated with "wild cat" banking. In 1842 Felch was made Auditor General of the state, but was appointed to the State Supreme Court only a few weeks later, upon the resignation of Judge William A. Fletcher. Felch served in this position until 1845, when he was elected governor.