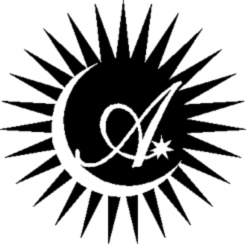 The Ann Arbor District Library is the city's public library, and operates as an independent entity with its own millage and elected board of trustees. It has a variety of resources, from novels and reference books to music CDs and DVDs. Additionally, the library has unusual items available for check-out, such as art prints, activity passes, telescopes, music tools, science tools, home tools, and the list goes on. The AADL's services are available free of charge to all residents of the Ann Arbor school district, and for a fee to others.

On the AADL website, users can find, reserve, and renew all library materials (account page), search magazine archives and other databases, view checked out items and pay fines due (if any), and much more. The site is built on the content management system Drupal, so patrons can rate and post reviews of materials, publish their own blogs, post comments to blog posts, and subscribe to RSS feeds.

The Library provides free Wi-Fi access and public computers in various levels at all 5 locations.

There is a meeting room available for reservations through a program called aadlFreeSpace. You can have a room free of charge 12 times per calendar year for your organization. Other rooms at branches are available for rent. The Mallett's Creek, Pittsfield, Traverwood, and Downtown branches also have study rooms available on a first-come, first-served basis.

The library was one of the first public libraries to experiment with using video games to attract teens and youth to the library. AADL now hosts tournaments in Mario Kart: Double Dash!!, Super Smash Bros., and Dance Dance Revolution. It also hosts a variety of lectures and other events, including the annual Kids Read Comics Convention and the Tiny Expo Indie Arts & Craft Fair.

In 2015, the library launched Pulp, an online publication that covers the local arts & cultural scene. Articles are written by production librarians as well as freelancers and community contributors.

The library has a large DVD collection. You can go to the AADL website, and either request DVDs by title or just look at what's new and/or hot. All rentals are free and you can see where you are in the line for a given movie by looking at your account.

Every year, AADL conducts an Ann Arbor/Ypsilanti Reads program. They choose a book that the whole community is encouraged to read, then the library puts on a bunch of presentations and events to discuss the book. In 2007 the theme "We the People" is exemplified in Tracy Kidder's Mountains Beyond Mountrains, a profile of Dr. Paul Farmer, an infectious diseases specialist, and his quest to "cure the world."

The reference desk at (734) 327-4525 answers questions free of charge, though they don't do your homework for you. You can also contact the reference desk through their online form to have your answer emailed back to you.

The library also has an extensive collection of local history resources: http://www.aadl.org/research/localhistory

The library also hosts the online archives of The Ann Arbor Chronicle, a publication that operated from 2008-2014 and focused on covering local government.

The AADL partners with ESL community organizations and is a member of the Ann Arbor ESL Advisory Committee.

AADL has housed and administrated the Washtenaw County branch of the National Library Service for the Blind and Physically Handicapped since February 2009. The Washtenaw Library for the Blind and Physically Disabled ([email protected]) is a free service that loans books, magazines, and videos in alternative formats such as digital audiobooks, Braille, large print, or descriptive video to eligible individuals who live in Washtenaw County.

The Malletts Creek Branch is built near Malletts Creek, and was designed to have minimum impact on that watershed. It has a green roof and bioswales built to control runoff. Landscape architecture was done by InSite Design Studio.

The trees from the site of the Traverwood Branch were hauled off by a team of horses, and were turned into furniture for the new building.

Positions on the seven-member AADL board are chosen by voters in nonpartisan elections in Ann Arbor and portions of seven townships that are covered by the library’s district – Pittsfield, Scio, Ann Arbor, Lodi, Webster, Salem and Superior. Those are the same boundaries served by the Ann Arbor Public Schools, with the exception of Northfield Township, which is partly within the AAPS district but has its own library system.

Board packets are available before meetings.

The library split from the Ann Arbor Public Schools in 1996 and became an independent entity, with a separate elected board of trustees. At that time, voters approved a perpetual millage of 2.0 mills for AADL operations. That amount has gradually been rolled back due to the Headlee Amendment, which was passed by the state legislature in 1963 and was intended to offset property assessment increases. In addition, the library board has historically chosen not to levy the full amount – except for years when it was funding the construction of new branches.

These Public Libraries Are for Snowshoes and Ukuleles – New York Times, Sept. 14, 2015

The public library in an Internet age: At the Ann Arbor District Library, you can borrow a telescope – Michigan Radio, Sept. 1, 2015

The board got a monthly update on the library’s finances, and were briefed on a $50,000 donation from the Friends of the AADL. They also heard a report on a project to digitally archive the program history of the University Musical Society – the first project of its kind in the world, according to AADL director Josie Parker.