The Ann Arbor Park Advisory Commission (PAC) meets the 3rd Tuesday of each month at 4 p.m. in city council chambers. Their purpose is to recommend policies and give advice to staff and city council on park development. Their meetings are broadcast live on Community Television Network and available for replay via CTN's video on demand. Agendas are available prior to the meetings on the city's Legistar system. 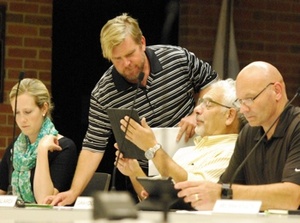 The park maintenance and capital improvements millage was most recently renewed by voters at 1.1 mills in 2012 – for six-year period from 2013-2018. It brings in about $5 million annually and accounts for about 45% of the parks budget – including the entire funding for the natural areas preservation (NAP) program. The millage also pays for capital projects and park planning, forestry, and operational maintenance. The general fund covers core services for parks, including mowing, snow removal, utilities and daily operations of general fund recreational facilities.

In addition, Ann Arbor voters passed a 30-year 0.5 mill tax in 2003 for land acquisition. It’s called the open space and parkland preservation millage, and appears on the summer tax bill as the line item CITY PARK ACQ. Though not stipulated in the legal terms of the millage, the city’s policy has been to allocate one-third of the millage for parks land acquisition and two-thirds for the city’s greenbelt program.

The parks portion of the millage is overseen by PAC – through its land acquisition committee (LAC) – while the greenbelt advisory commission handles the portion for land preservation outside of the city limits. LAC is a committee of the whole – that is, all PAC members serve on it. LAC meetings are held on the first Tuesday of each month at 4 p.m. The meetings are held at city hall, but are not broadcast on CTN. Most of the LAC meetings consist of closed sessions to discuss land acquisition.

Background of the parks & recreation millages is provided in The Ann Arbor Chronicle's report of PAC's March 2012 meeting.