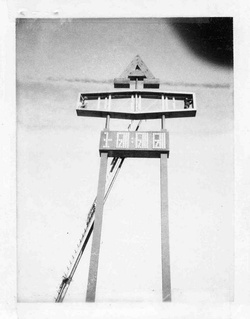 Arborland is a big-box mall on Washtenaw Avenue near US-23. Its most notable feature is a large, illuminated sign with a giant letter "A" and a digital clock/temperature display, which is clearly visible from US-23 and serves as a landmark.

Arborland served as a bus transfer spot for the 4, 7, and 22 lines until the management evicted the AATA from its transfer site. Riders now get off directly on Washtenaw and cross a busy road. America’s Best Contacts & Eyeglasses, Beauty First, Borders, Cold Stone Creamery, dressbarn, DSW Shoe Warehouse, Hiller’s, Marshall’s, Michael’s, Noodles & Company, and Starbucks have all contacted management to express their dismay.

Some of the stores in Arborland are: Old Navy, Marshall's, Bed Bath and Beyond, FiveBelow, PetCo, and Kroger.

Borders at Arborland closed in 2011.

All of the restaurants in Arborland are national chains. Sit-down restaurants include Chili's, Five Guys, Noodles & Company and Potbelly. For someone looking for coffee and a quick read or some pastries, there is a Starbucks that is open 24/7. There is also a Cold Stone Creamery to satisfy your sweet tooth.

Arborland was Ann Arbor's first suburban mall, predating Briarwood; it was originally a California-style open mall, later enclosed as an indoor mall after Briarwood opened. In the late 1990s Freed and Associates purchased it on the cheap and razed most of the structure, transforming it into a successful big box cluster. Freed's purchase price was around $6 million; within a decade, in 2005, Freed was said to be seeking a buyer for over $100 million.

The original Arborland Mall was built under contract by Alfred Taubman's construction company, which went on to finance and build Briarwood, followed by many other enclosed malls.

The mural of Jack and the Beanstalk that originally graced the Arborland food court was removed and is now installed in Kerrytown's central lobby.