The data set includes all votes that were not unanimous. The basic technique was to let each of the N questions on which the Council voted define a multi-dimensional vector for each Council Member, with the value of that vector for any dimension p in N defined as  +1 (yes), -1 (no) or 0 (absent) depending on the Council Member's vote on the question p. A distance matrix was then computed for those vectors, and that distance matrix was then used as the basis for three types of analyses: metric non-dimensional scaling plotted in 3D, non-metric non-dimensional scaling plotted in 3D, and kmeans cluster analysis for three clusters in 2D.

Within each analysis section below, editions of the City Council are ordered from oldest to most recent. 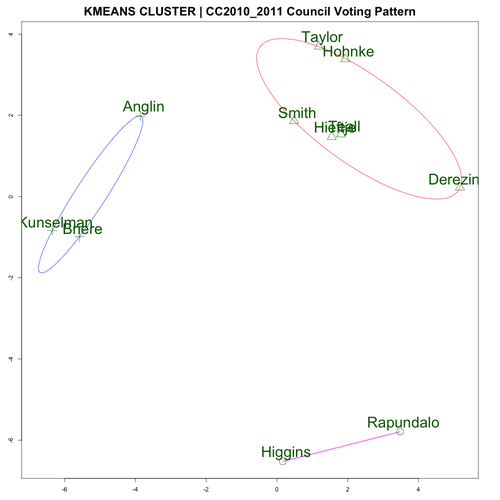 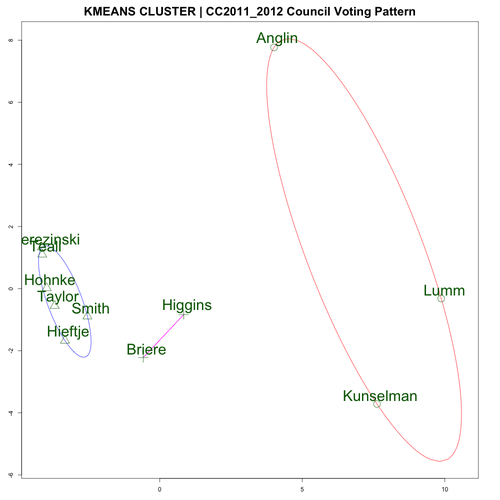 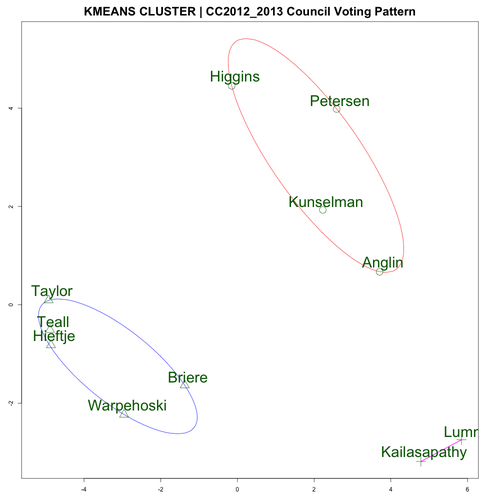 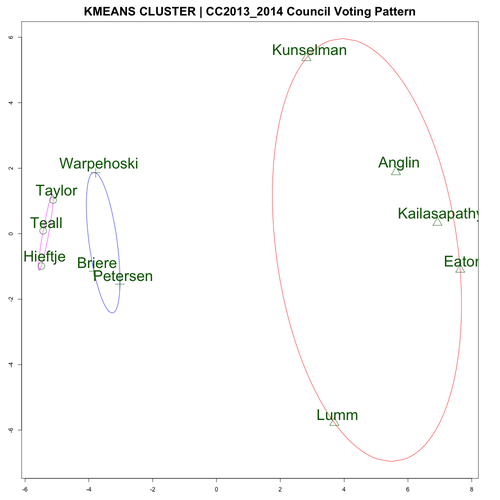 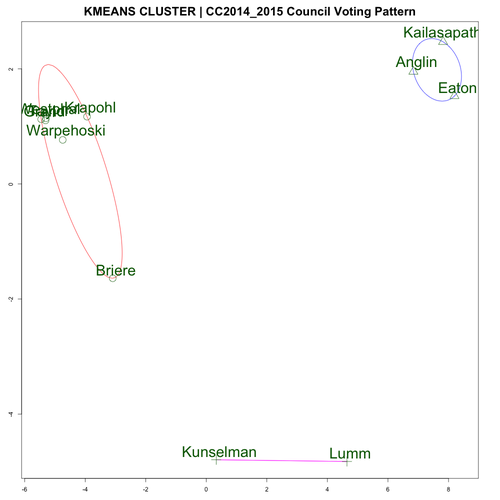 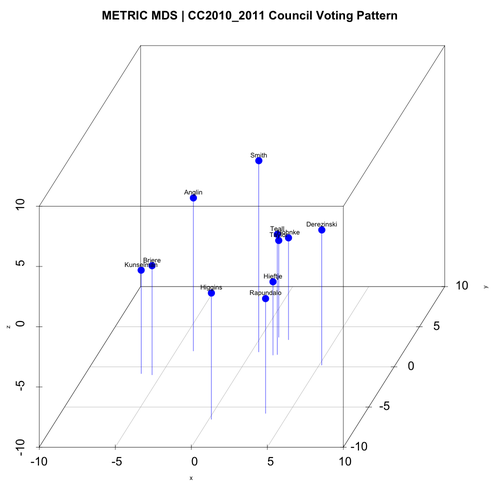 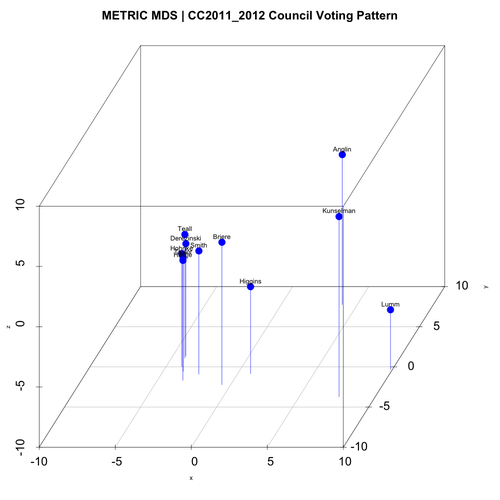 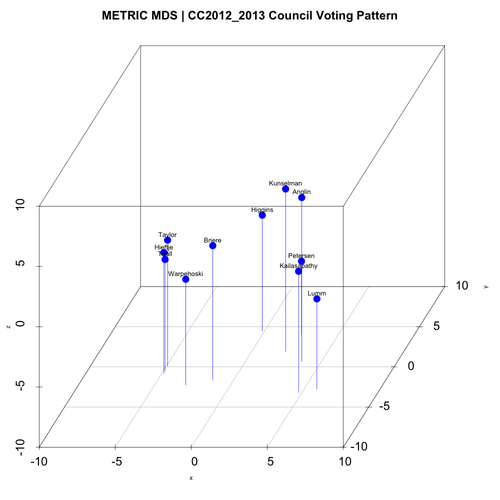 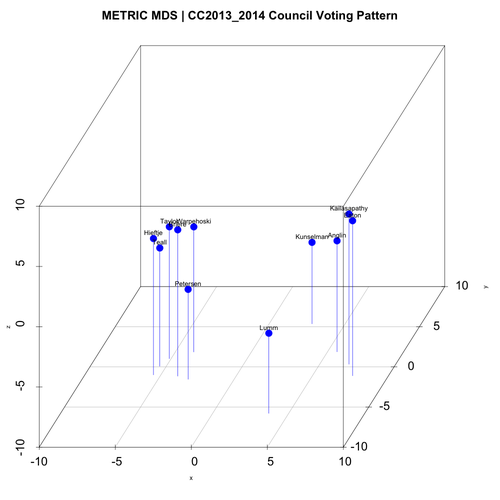 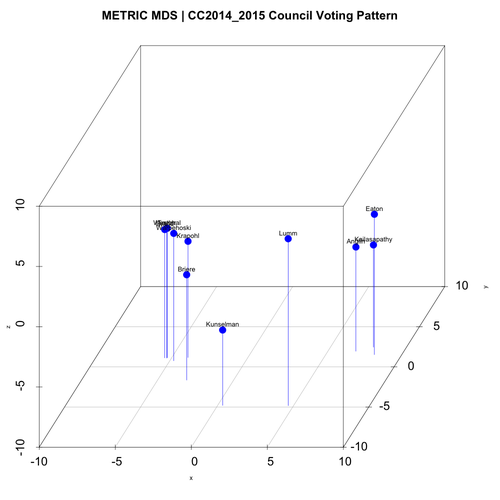 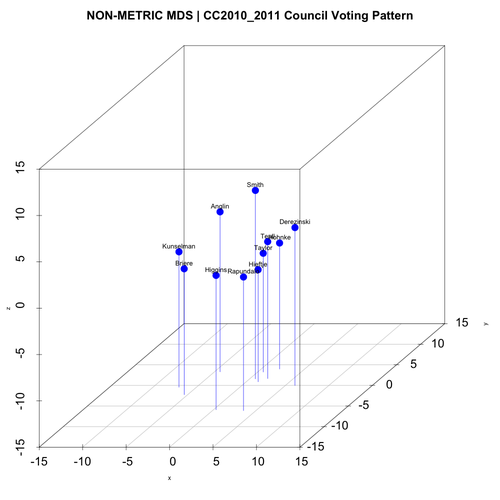 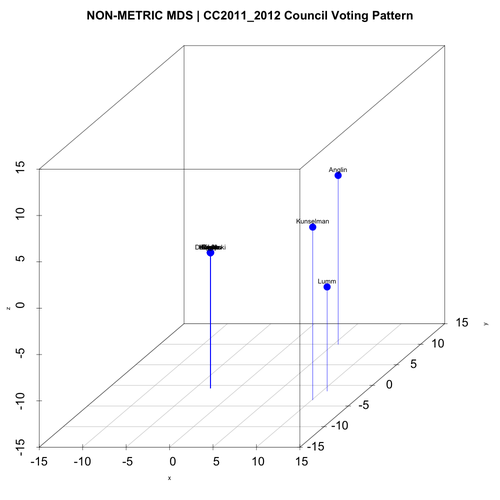 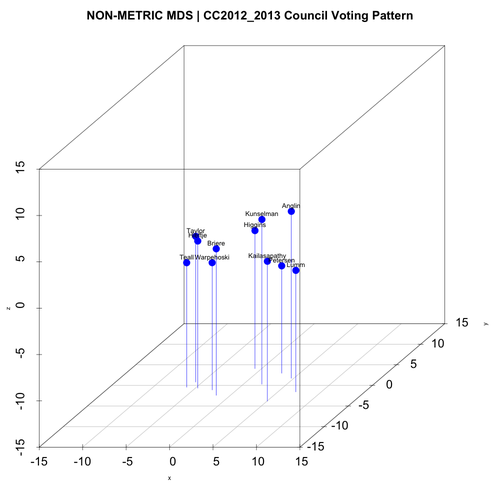 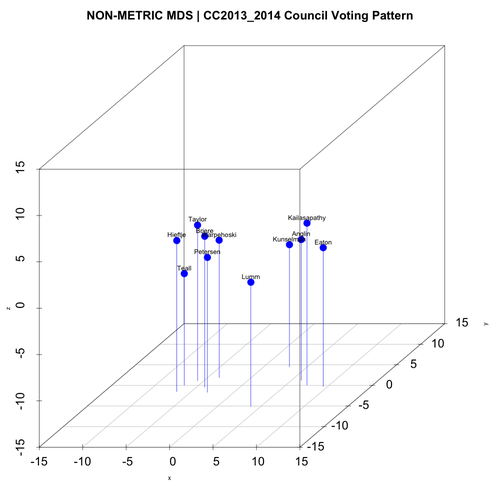 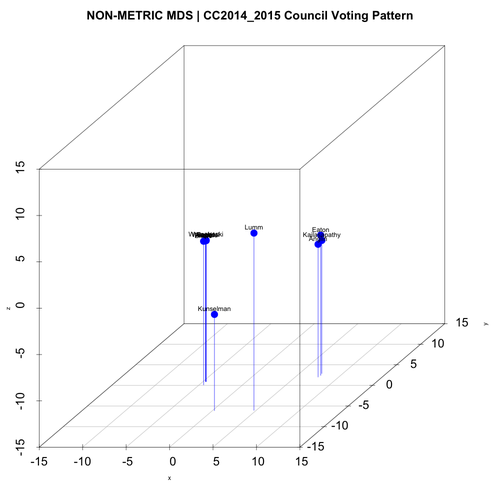