Clague Middle School is in the Ann Arbor Public Schools. It serves around 700 students, speaking at least 25 different languages.  The school colors are blue and green and the mascot is the cougar. 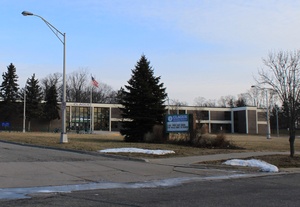 The building was built in 1972 and named in honor of Ashley Hubert Clague, a businessman and civic leader. Mr. Clague moved to Ann Arbor at the age of 20 with 19 cents in his pocket. He owned a grocery store here in Ann Arbor on Packard Street. Mr. Clague served 15 years as an Ann Arbor Board of Education President, 18 years with the Kiwanis Club, 19 years with the Ann Arbor Parks commission. Additionally, Mr. Clague assisted in developing Veteran’s Memorial Park, public pools and recreation centers, served as president of the Washtenaw Retail Grocers and Meat Dealers Association, President of Washtenaw County Muscular Dystrophy Association of America Incorporated and Board of Directors for Ann Arbor Chamber of Commerce.

In 2016 During Basketball season, Clague recived a lot of popualrity for Emoni Bates. Emoni is a 6,6 basketball player who plays for the Clague Basketball Team and become popular for dunking during season games.