The Dexter-Miller Co-op is essentially defunct. It was a Co-op which used a hyper-local currency to encourage item lending and labor sharing between dexter-miller residents. It covered the area bounded by Huron, Dexter, Maple, Miller and 7th.

The Dexter-Miller Co-op has been replaced with Nextdoor: Dexter MIller. Nextdoor is a website which creates a invitation only social network limited to residents of a specific geographic area. As of October 2012, the Nextdoor: Dexter Miller network has 82 members.

The creation of both the Dexter-Miller Co-op and the Nextdoor website was largely dependent on the efforts of Alan Feldt. 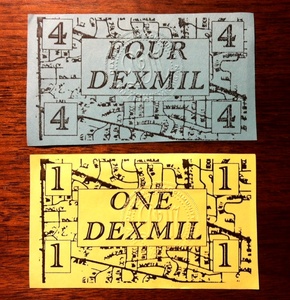 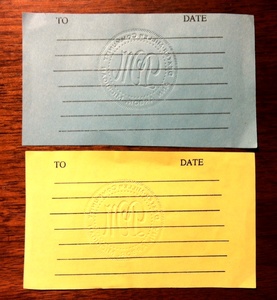 Back side of the DexMils, to be used for record keeping.