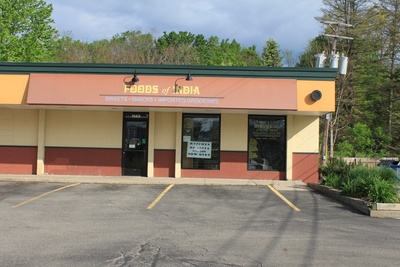 Small Indian grocery on Broadway Street, formerly Foods and Flavors in Canton. Groceries, videos, and a takeout window. Sadly, they don't have the dahi papadi they used to make in Canton.

The dual departures of a chef and drugmaker Pfizer gave Sapan Goel the impetus he needed to remake the kitchen in his Ann Arbor store. Goel brought in a new cook and renamed his tiny restaurant at the back of Foods of India, the bodega he's owned for the last 13 years at Broadway and Plymouth road.