From the City of Ann Arbor description:

Forsythe Park is a small 1/3 acre site located downtown at the corner of Packard and Arch. This site has a plaza setting with a new recycled sculpture and paving featuring Reduce, Reuse and Recycle. The plaza is lit, and has large trees with picnic tables and benches. In the corner of the park is a basketball half court. The park is adopted by the Ann Arbor Jaycees. 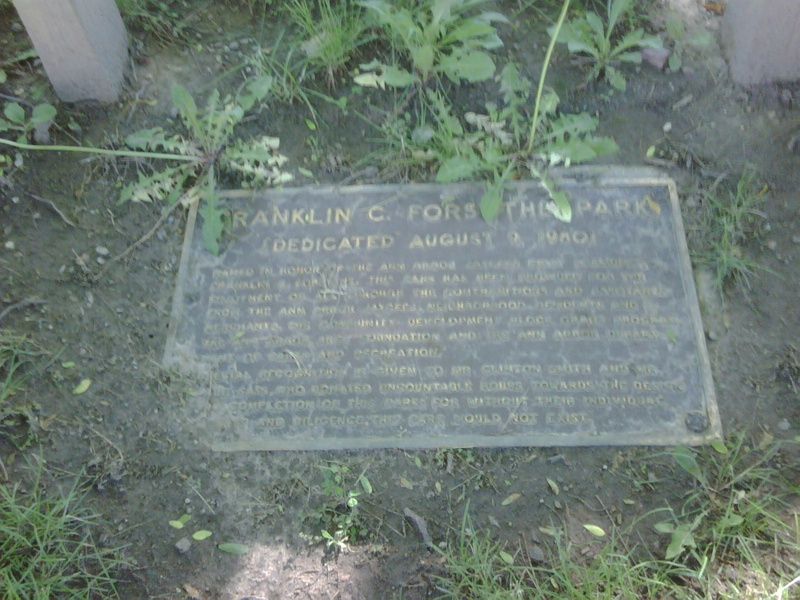 Grace Shackman's story Gasoline Alley in the Ann Arbor Observer tells part of the "before" story:

“Most neighborhoods had a gas station with their own clientele,” recalls Ted Palmer, who grew up in Ann Arbor. “I knew just about everyone [who came in],” says Warren Staebler, who for many years ran a station at Packard and Arch and also worked at several others.