Gretchen Driskell, a Democrat from Saline, is the state representative for the 52nd District. She was first elected in November 2012 to a two-year term, and was re-elected in 2014 for a term ending Jan. 1, 2017. The district covers northern and western Washtenaw County, including Saline, Dexter, Chelsea, Whitmore Lake, and Manchester. 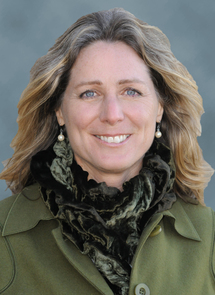 In her role in the state House during her first term, Driskell was a member of the Commerce and Transportation and Infrastructure committees. During her second term, she sits on the Agriculture and Communications and Technology Committee, and serves as minority vice chair on the Elections Committee.

Before her election to the state house of representatives, she was the first female mayor of Saline and its longest-serving mayor to date, serving 14 years. She was first elected to the Saline city council in 1992 and served six years as a councilmember. Saline's council and mayoral races are nonpartisan.

Driskell is a CPA and has worked as a real estate agent with Swisher Commercial. She has three children: Ryan, Matthew and Marielle.

March 2014: Is named "Legislator of the Year" by the Michigan National Organization for Women.

January 2008: Is appointed by Gov. Jennifer Granholm to the Citizen’s Advisory Committee for the governor's Transportation Funding Task Force. Serves as chair of the advisory committee.

2006: Begins working as a real estate agent with Swisher Commercial.

Nov. 5, 1996: Wins re-election to a third two-year term on the Saline city council. The race is nonpartisan.

Nov. 8, 1994: Wins re-election to a second two-year term on the Saline city council. The race is nonpartisan.

Nov. 3, 1992: Wins election to Saline city council for her first two-year term. The race is nonpartisan.

1987: Earns an MBA from George Washington University School of Business.

1980: Graduates from Lynchburg College (Lynchburg, Virginia) with an undergraduate degree in accounting.