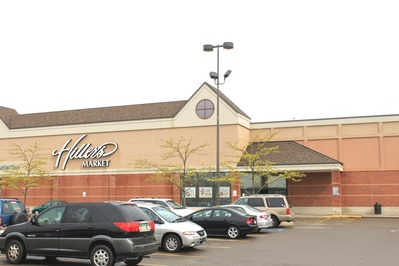 Grocery store in Arborland. One of seven locations, all in SE Michigan, Hiller's has a wide variety of the usual groceries, as well as a large wine selection, full-service meat, deli, and seafood counters and selections of Israeli, British, Asian, and Gluten-free foods. If you show your UMID at checkout, you receive a 5% discount.

In May 2015, the grocery chain Kroger announced it was purchasing all Hiller's stores.

All stores will be closing this week (June 24)

Hiller's phasing out some grocery items as part of Kroger transition – MLive, May 20, 2015

Over 800 Hiller's Market employees get layoff notices pending sale to Kroger – MLive, May 15, 2015

Kroger to buy all Hiller's Market stores around metro Detroit – WDIV, May 1, 2015