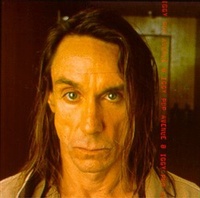 Ann Arbor occasionally claims to be the home of proto-punk musician Iggy Pop. Officially, however, Iggy was born in 1947 in Muskegon and raised in the Coachville Gardens trailer park in the Ypsi-Arbor demilitarized zone, providing opportunity for hours of unproductive debate on who can claim him as hometown hero.

There is no Iggy Pop Museum, but Iggy did finally make it into the Rock and Roll Hall of Fame.

Iggy has distinguished himself in the commercial world with his advertisements for car insurance in the UK, prompting one commentator to remark "If I ran into Iggy Pop at an intersection, I would hope he had car insurance, though."