Jamie Vander Broek is a librarian with the University of Michigan Stamps School of Art & Design and trustee of the Ann Arbor District Library. 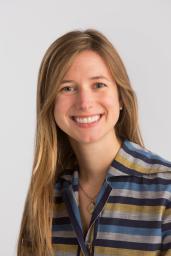 On June 10, 2015, Vander Broek was appointed by the Ann Arbor District Library board to fill the remainder of the term for AADL trustee Rebecca Head, who resigned for health reasons. The term runs through 2016, and will be an open seat in a November 2016 nonpartisan race for a new four-year term.

Vander Broek also serves as secretary of the executive board for the Art Libraries Society of North America (ARLIS/NA).

She is married to Izaak Vander Broek. They live on the city's northwest side.

June 10, 2015: Is appointed to the board of the Ann Arbor District Library, filling the remainder of a term (through December 2016) of the seat previously held by Rebecca Head, who resigned for health reasons.

March 2015: Becomes secretary of the executive board for the Art Libraries Society of North America (ARLIS/NA).

2010: Earns master's degree in art and art museum librarianship from the University of Michigan School of Information.

2009-2010: Works as a curatorial research center librarian and art handler for the University of Michigan Museum of Art.

2008-2010: Works as a university library associate for the University of Michigan Art, Architecture & Engineering Library.

2006-2009: Serves as vice president of the board for the Kerrytown BookFest.

2005-2008: Works as a library technician for the Ann Arbor District Library.