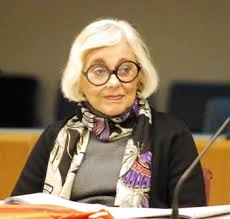 From her bio on the nonprofit Girls Group:

Girls Group Board Member, Jan Barney Newman, earned a BA from the University of Oklahoma, and an MA from the University of Michigan. She has been a resident of Ann Arbor for over 40 years. She taught in the Ann Arbor Public Schools, was a Director of the Bank of Ann Arbor and the founder of two businesses: Aristoplay, Ltd., an educational game company and Learning Express, Michigan, an educational toy store. Jan’s community commitments include having served on the Board of the Ann Arbor Chamber of Commerce and many non-profit organizations. She is also currently serving a second term as a Trustee of the Ann Arbor District Library.

She's also listed as a board member of Glacier Hills, an Ann Arbor retirement community.