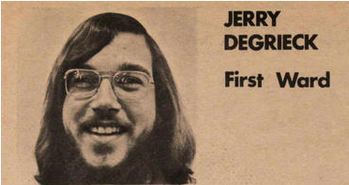 Now a Public Health Manager and Policy Advisor to the City of Seattle, DeGrieck sat down with us to talk about his unsung role in the history of the gay movement and talk more about how a 22-year-old University of Michigan student wound up being an unintentional pioneer for gay rights.